In Episode 1 of the Good Outdoors, Adam grabs his binos and heads out to the Cleveland Lakefront Nature Preserve with Mike Polk Jr. 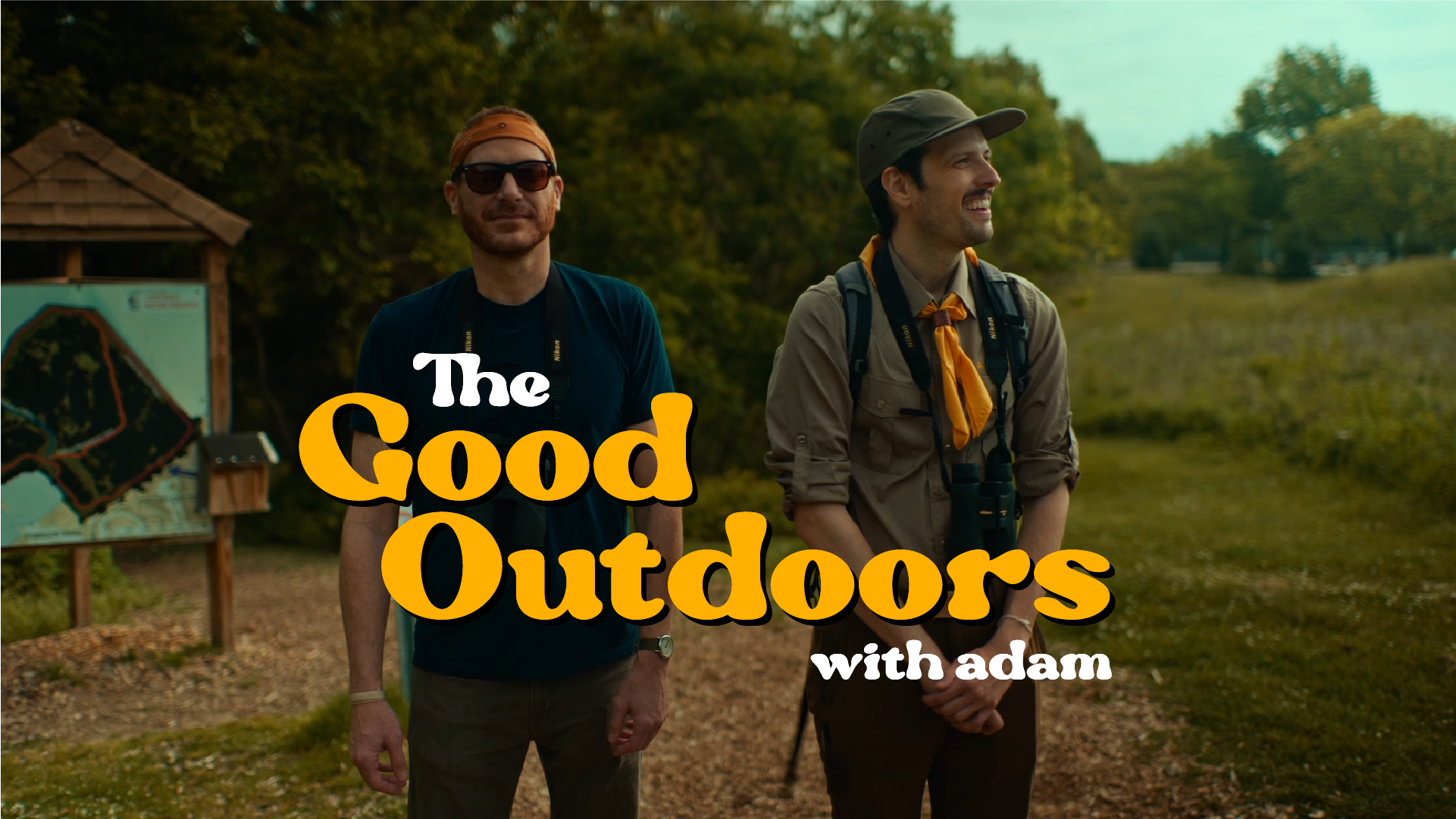 My good friend, Aaron McBride, pitched this idea to me.

It was an idea based on his good buddy, Adam Richard: a funny and talented Cleveland comedian with a boyish charm and an unmatched passion for the great outdoors. In the words of Aaron, the show needed to accomplish two things:

"To accompany Adam’s quick-witted nature (pun intended), we will pair Adam with an unwilling friend in each episode. For humor. For answers to dumb questions. For the hell of it."

#2 Be educational, but in a dumb way.

"Each episode will feature a journey into the unknown for Adam’s guest—whether it’s a fly-fishing trip, a salamander migration, birdwatching, or simply how to tie a knot. In a short time period, Adam’s guest, as well as the viewers, will learn a little something about nature—and maybe even about themselves. (Like how much they hate nature.)" 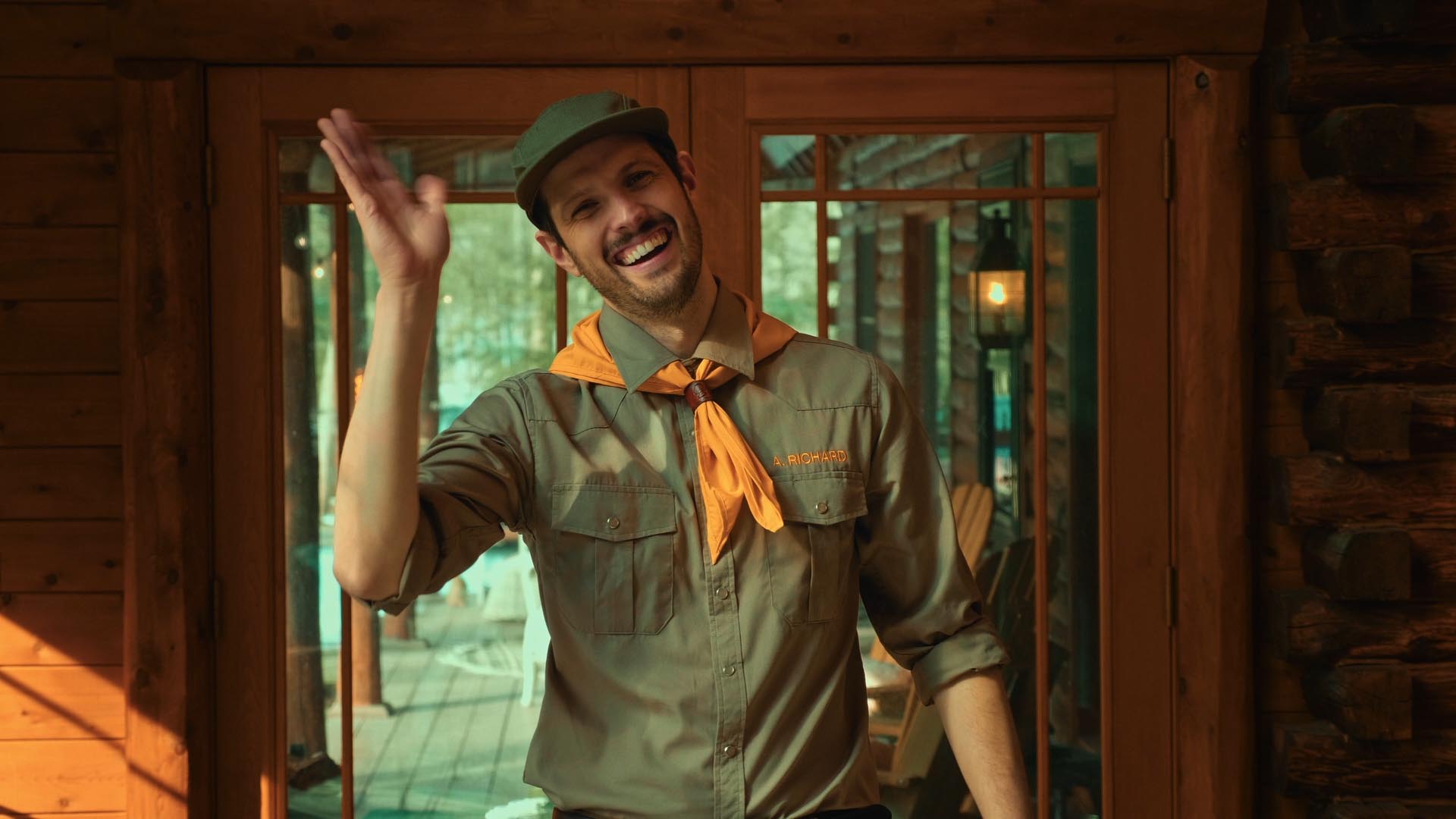 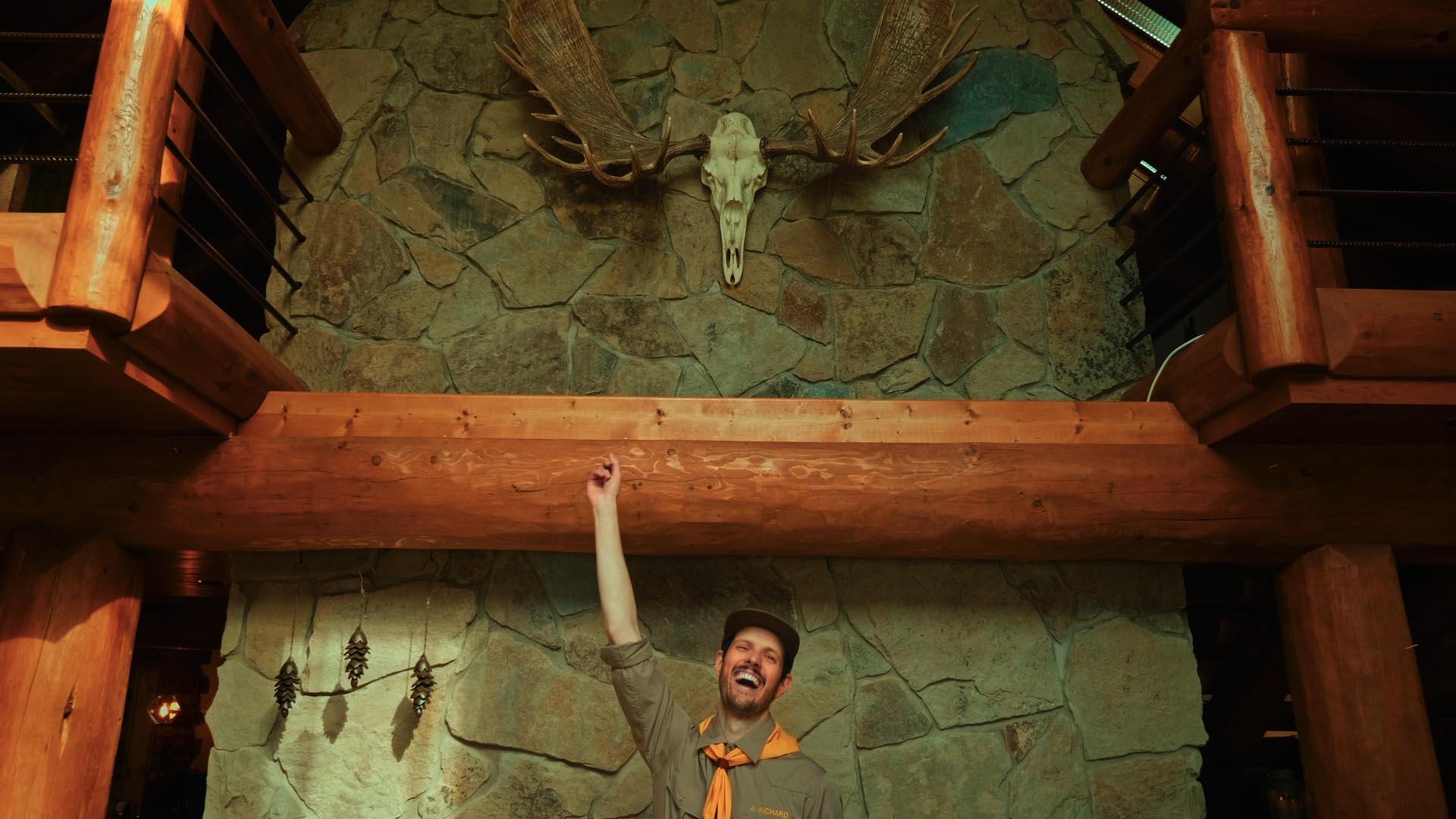 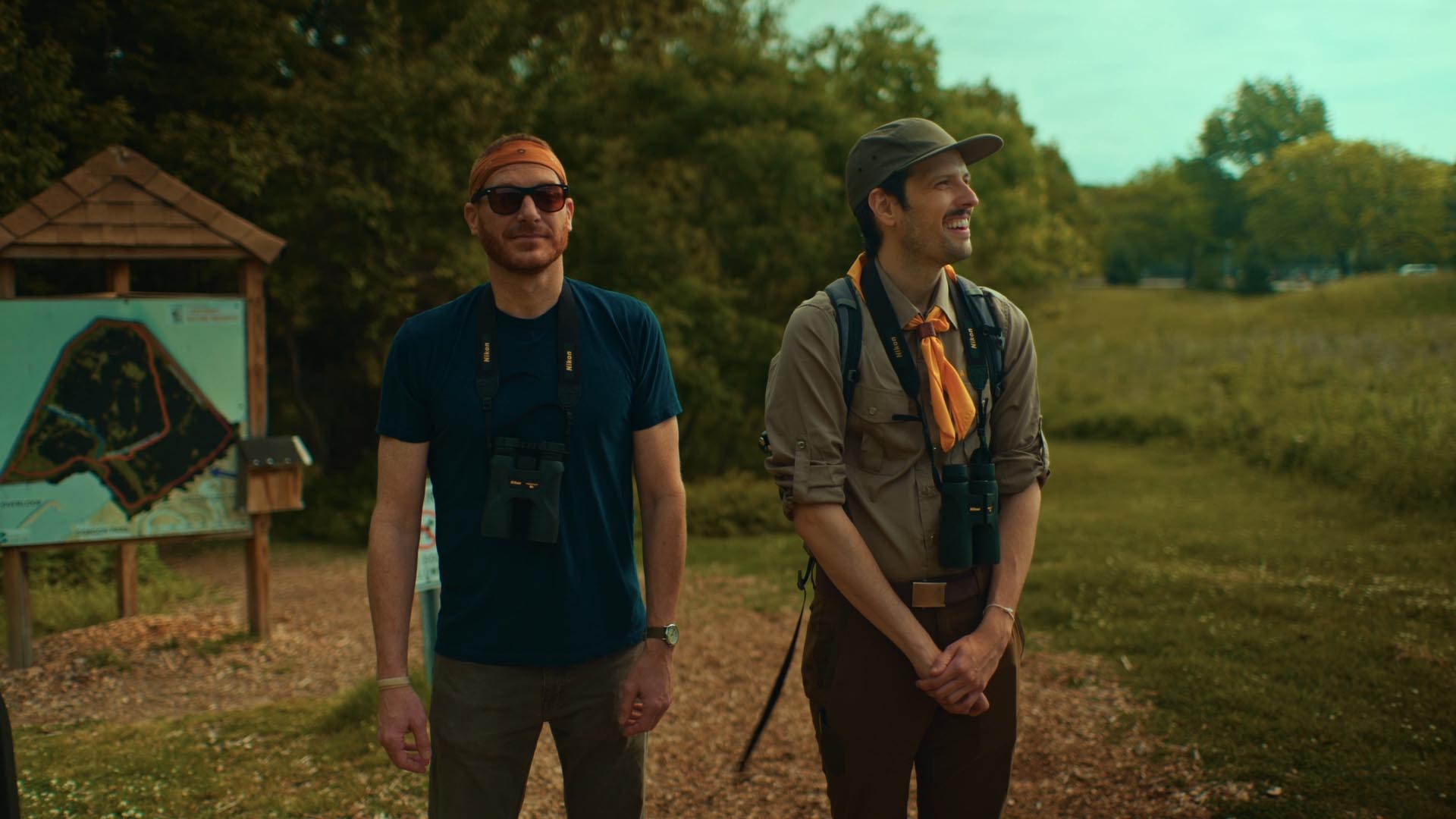 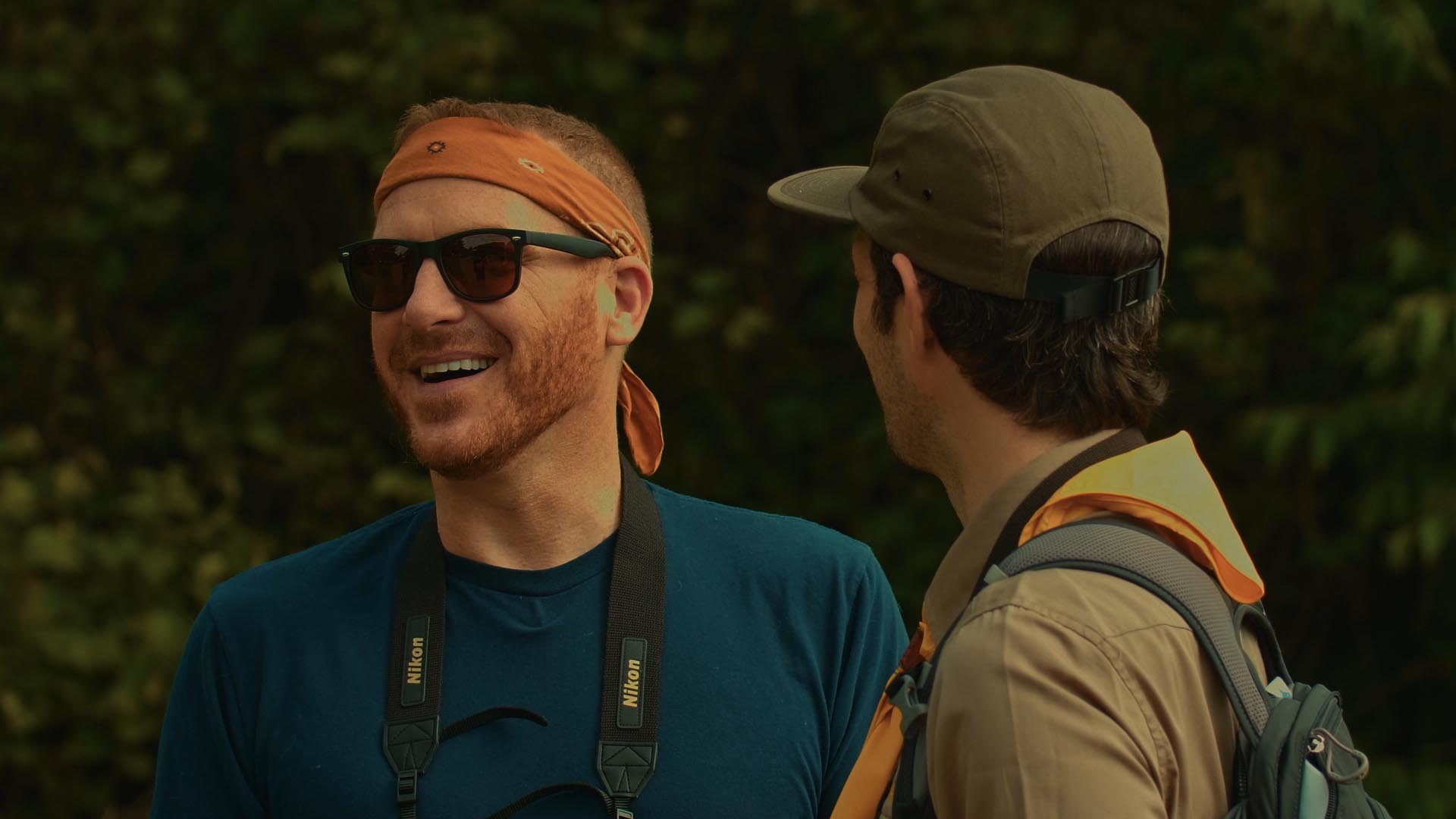 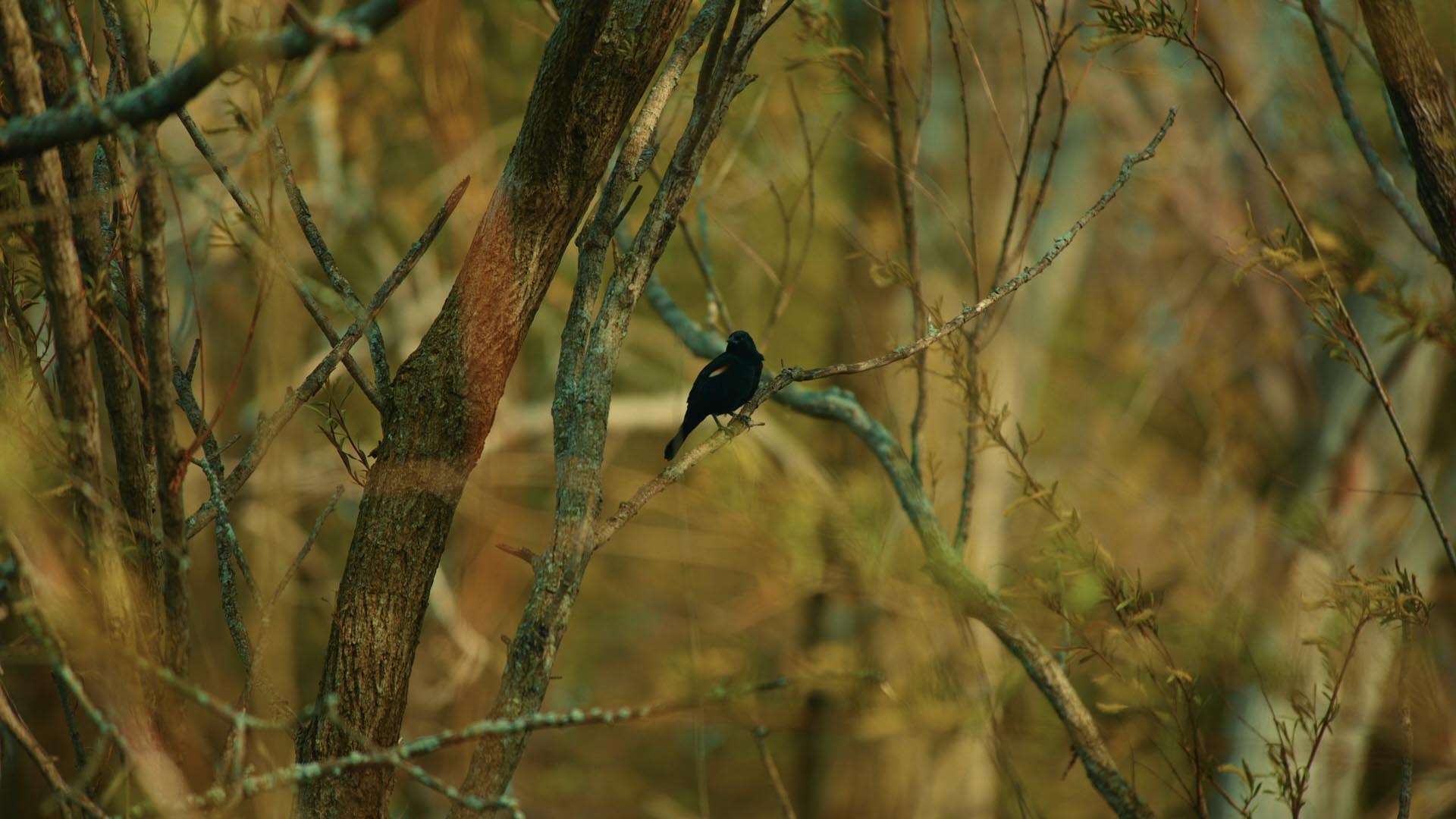 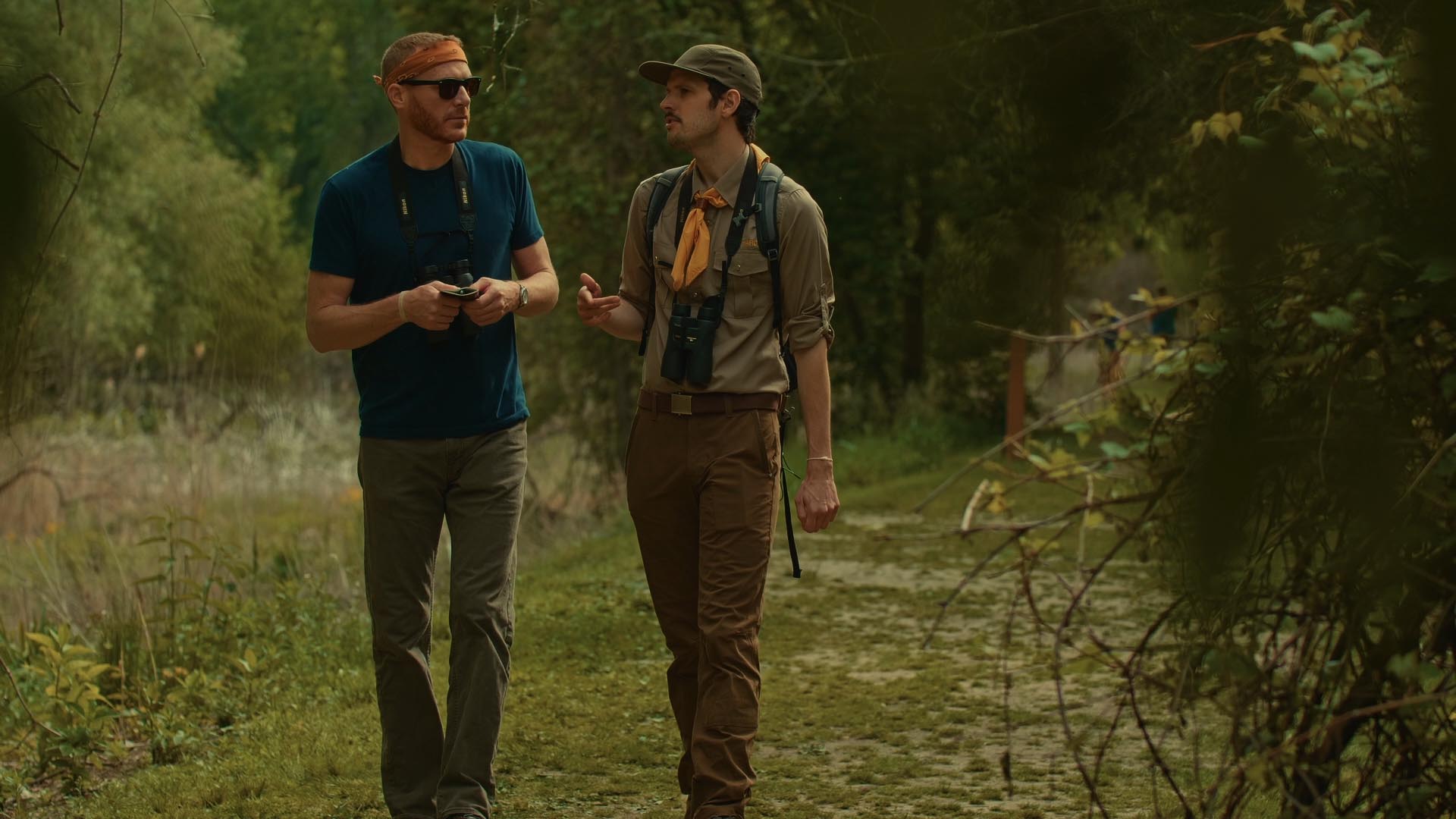 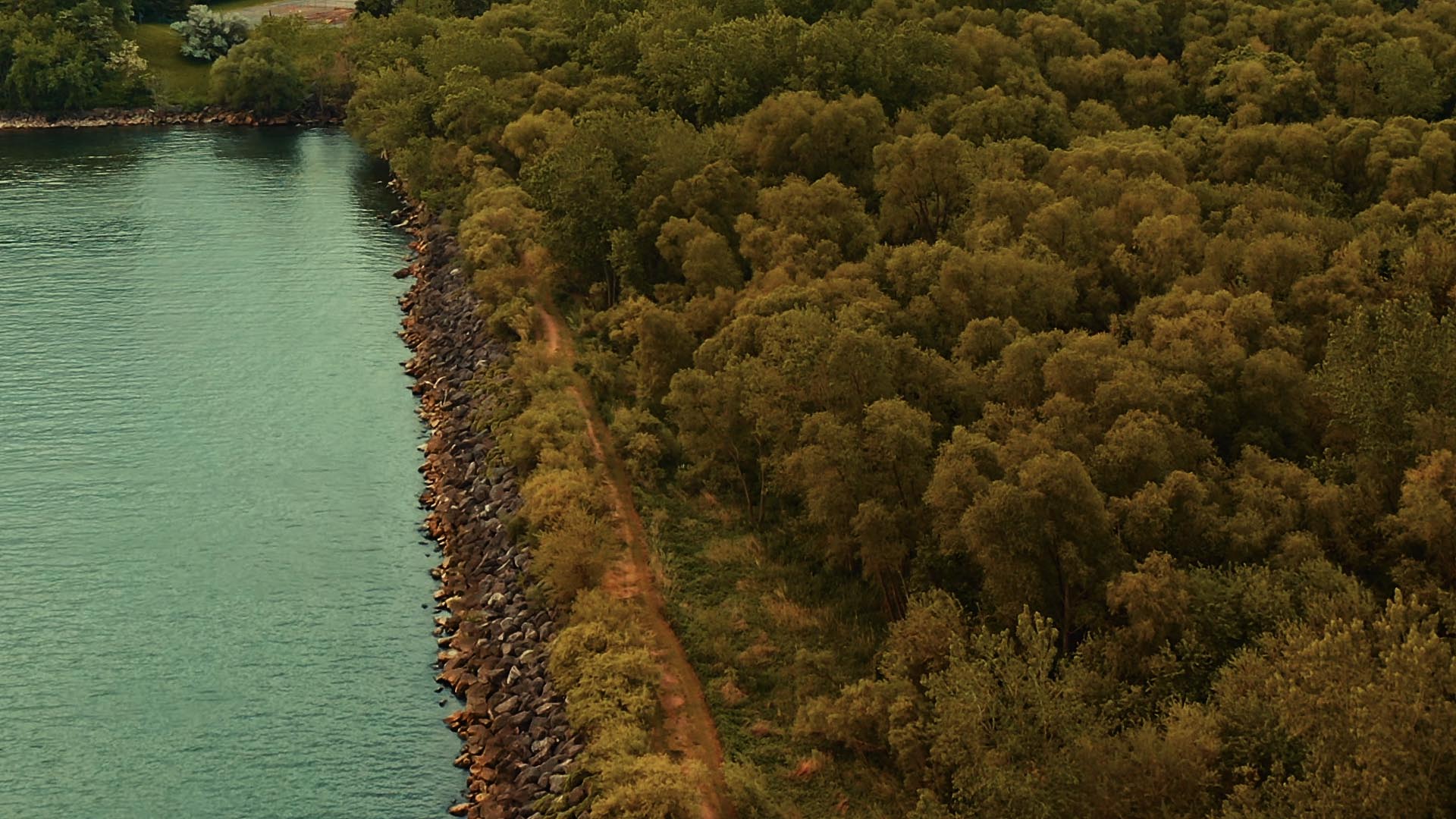 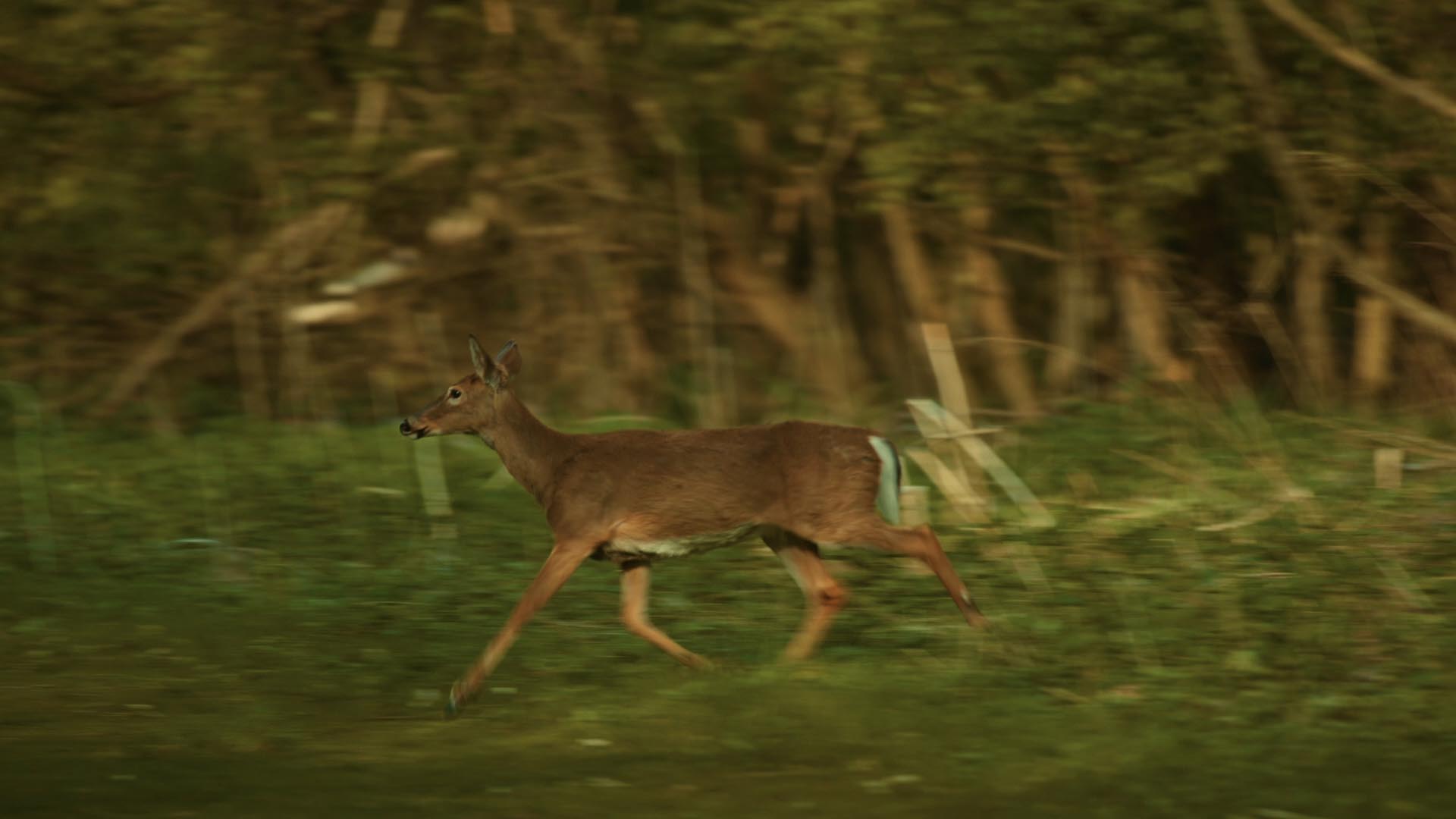 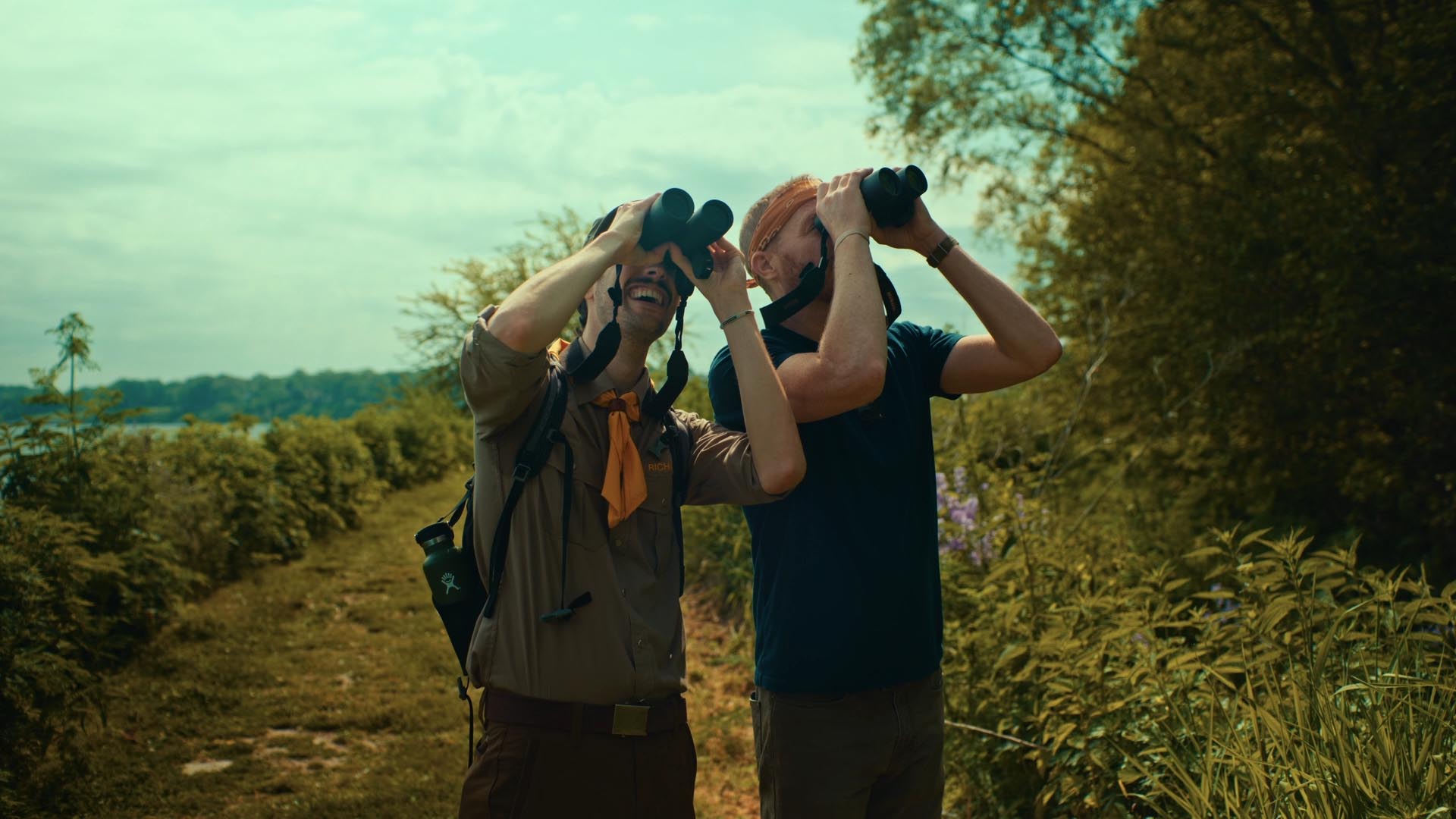 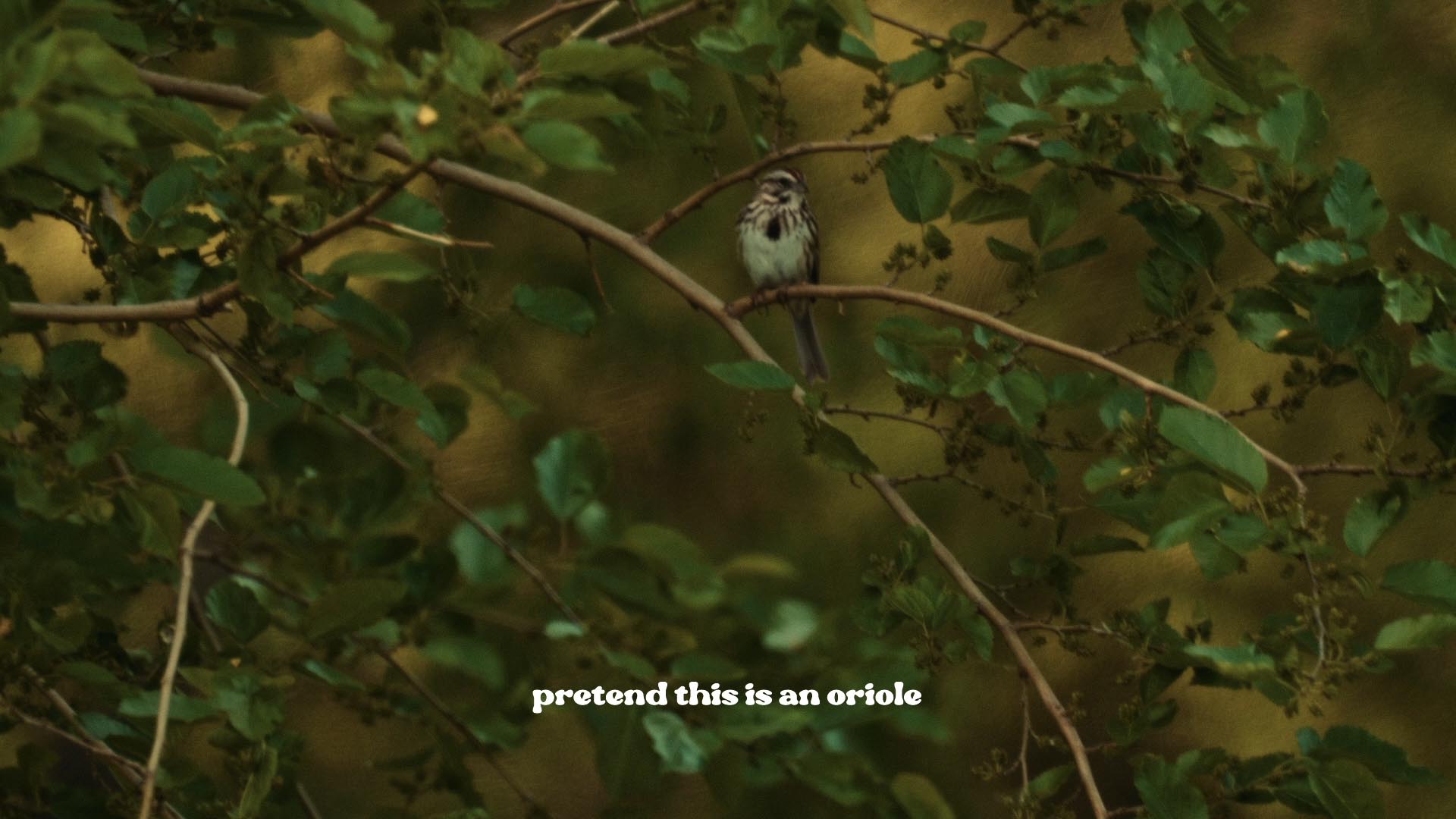 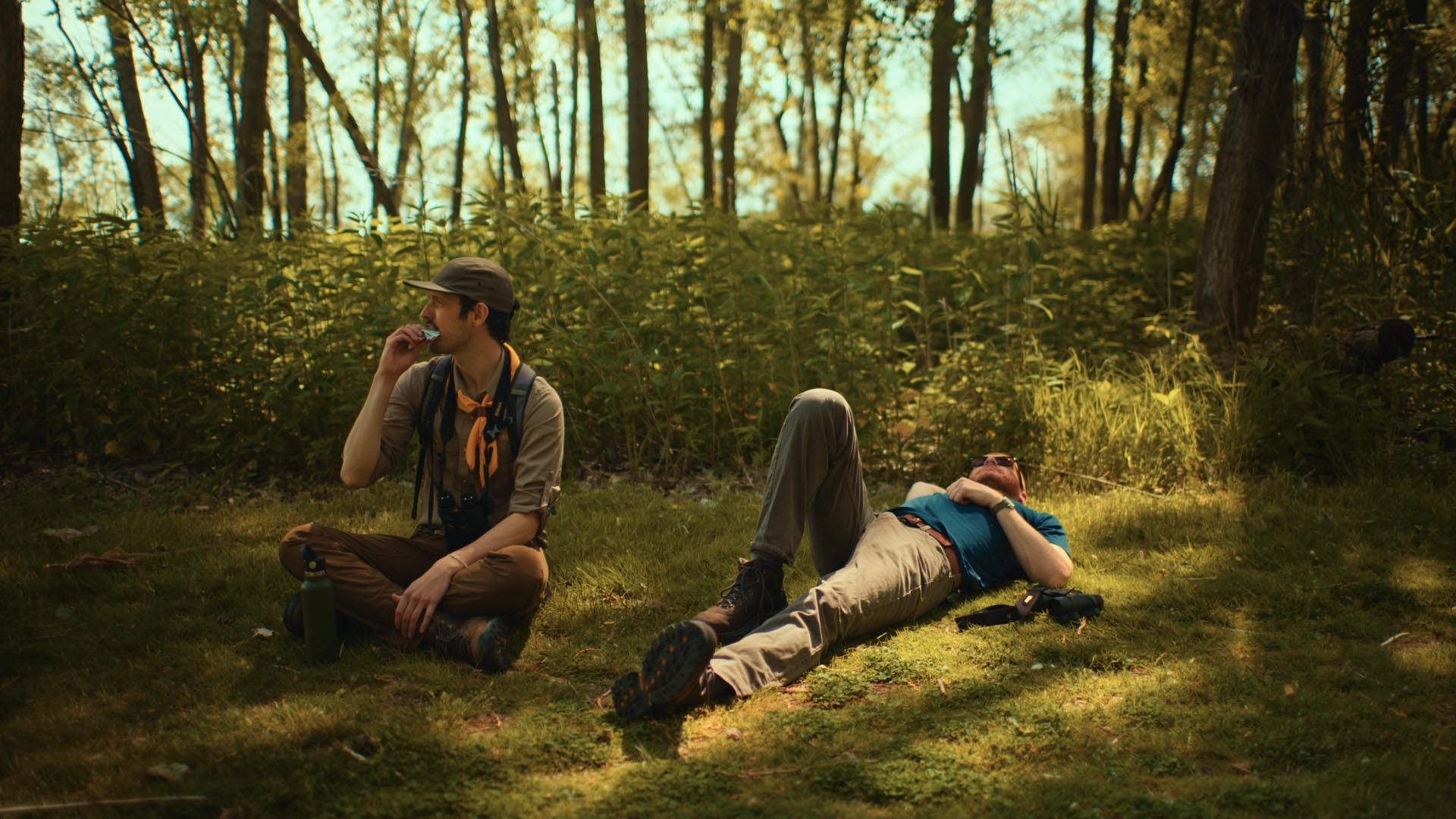 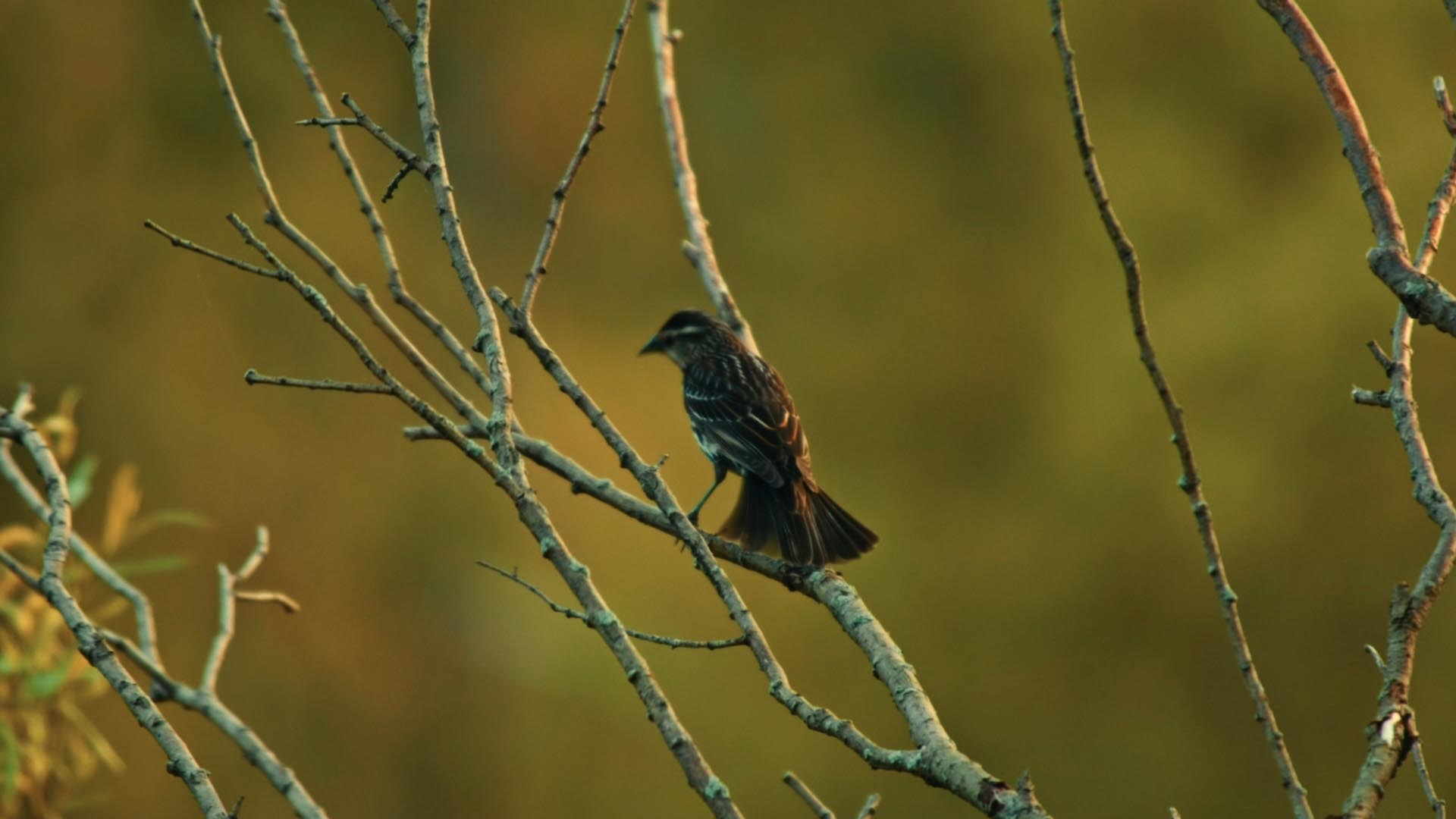 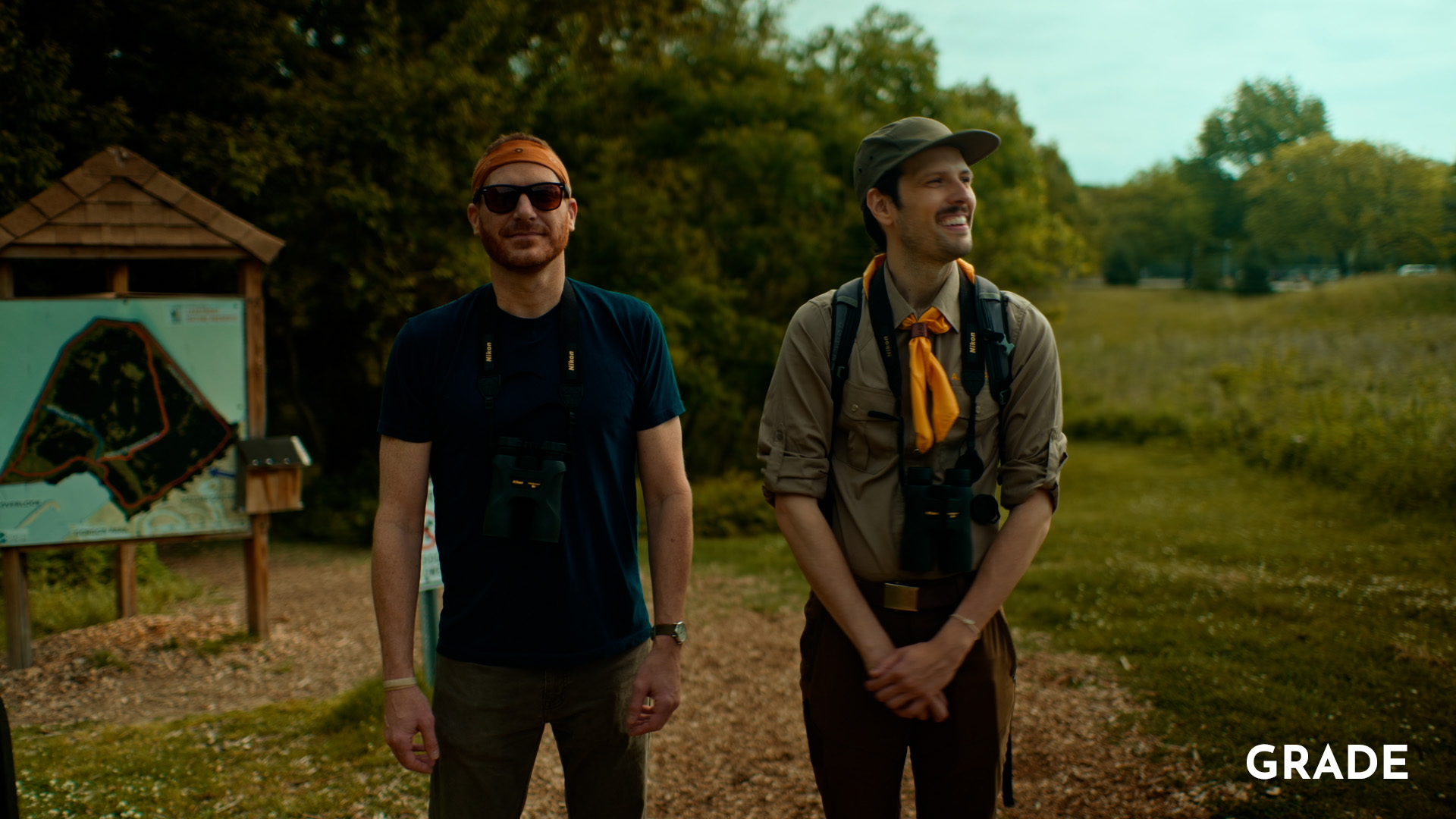 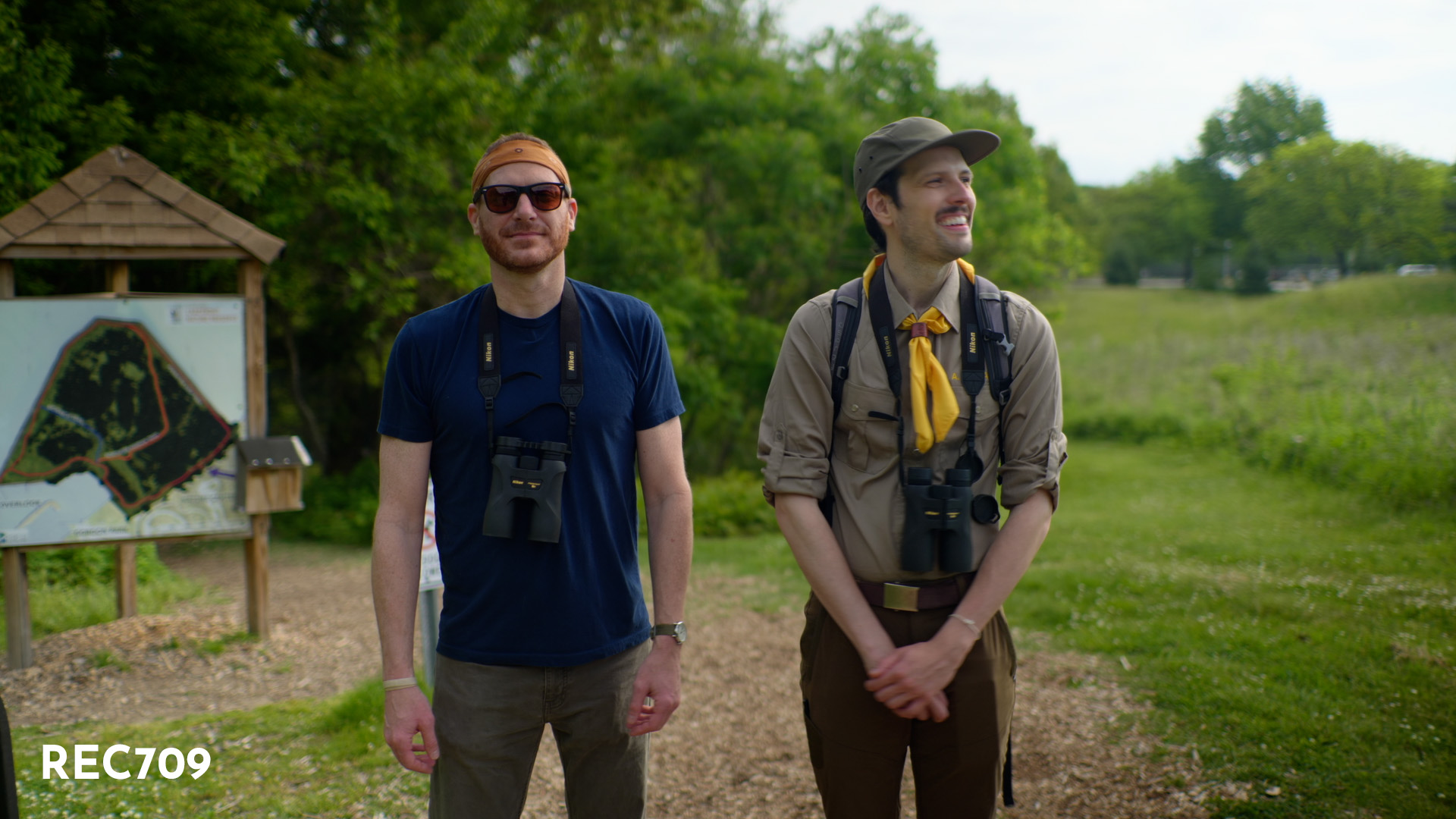 Our visual intent of the series was solely based around the Boy Scouts of America attire of the 1970’s. We pulled screen-printed references of vintage yellow tones bleeding into the deep saturated greens of the forest. The color palette needed a familiar and approachable charm to it. Think rustic and worn, yet still classic and familiar.

“Moonrise Kingdom” immediately blew up our Creative Treatment. Every inch of that film feels sun-burnt and grounded. It’s unnatural, but familiar. It’s like breaking open a box of your grandma’s old film reels. Light leaks, film burns, the warmth of a tungsten bulb…It’s all there. It’s all analog.

That's the vibe we needed. And it started with the wardrobe. 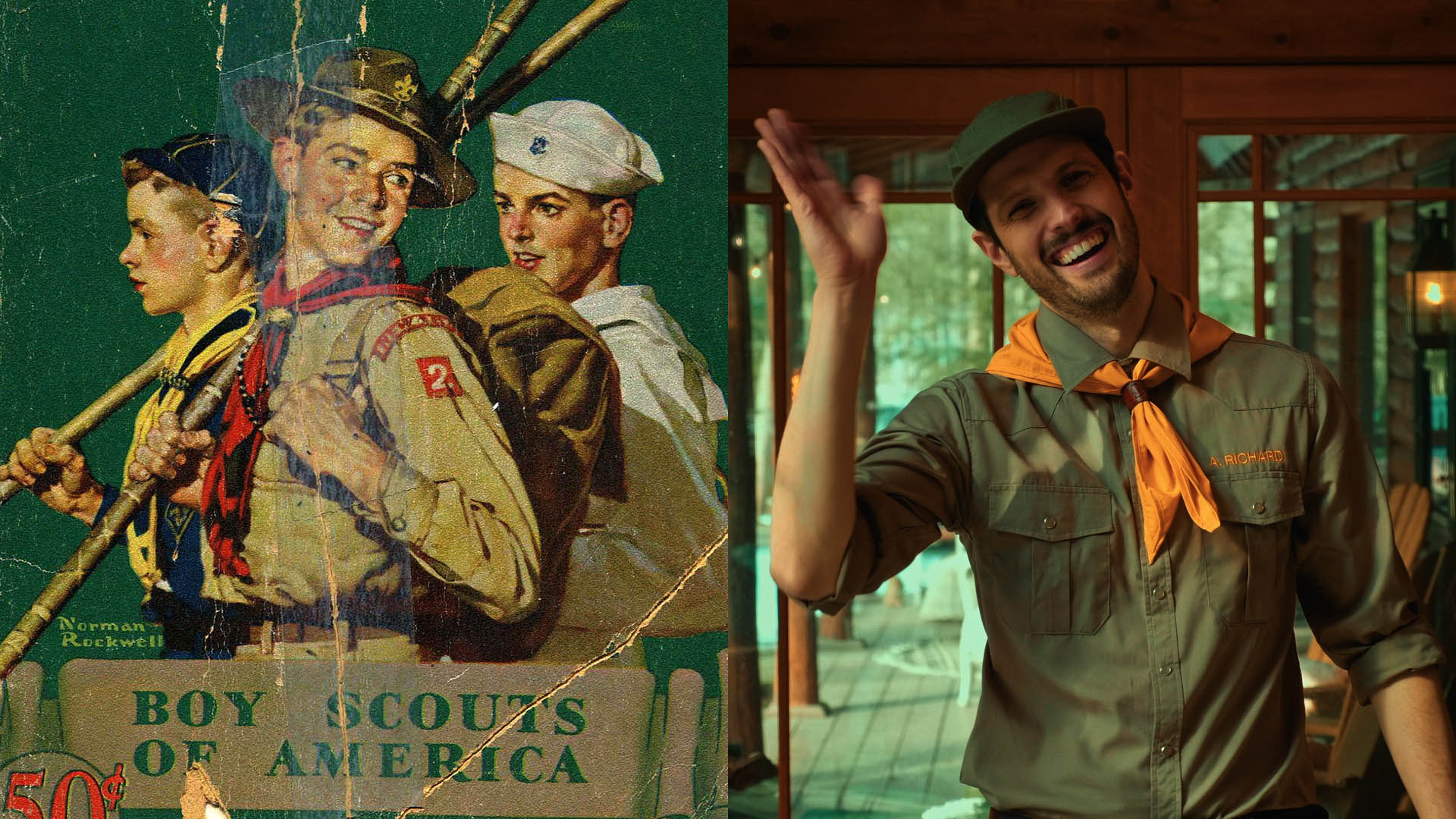 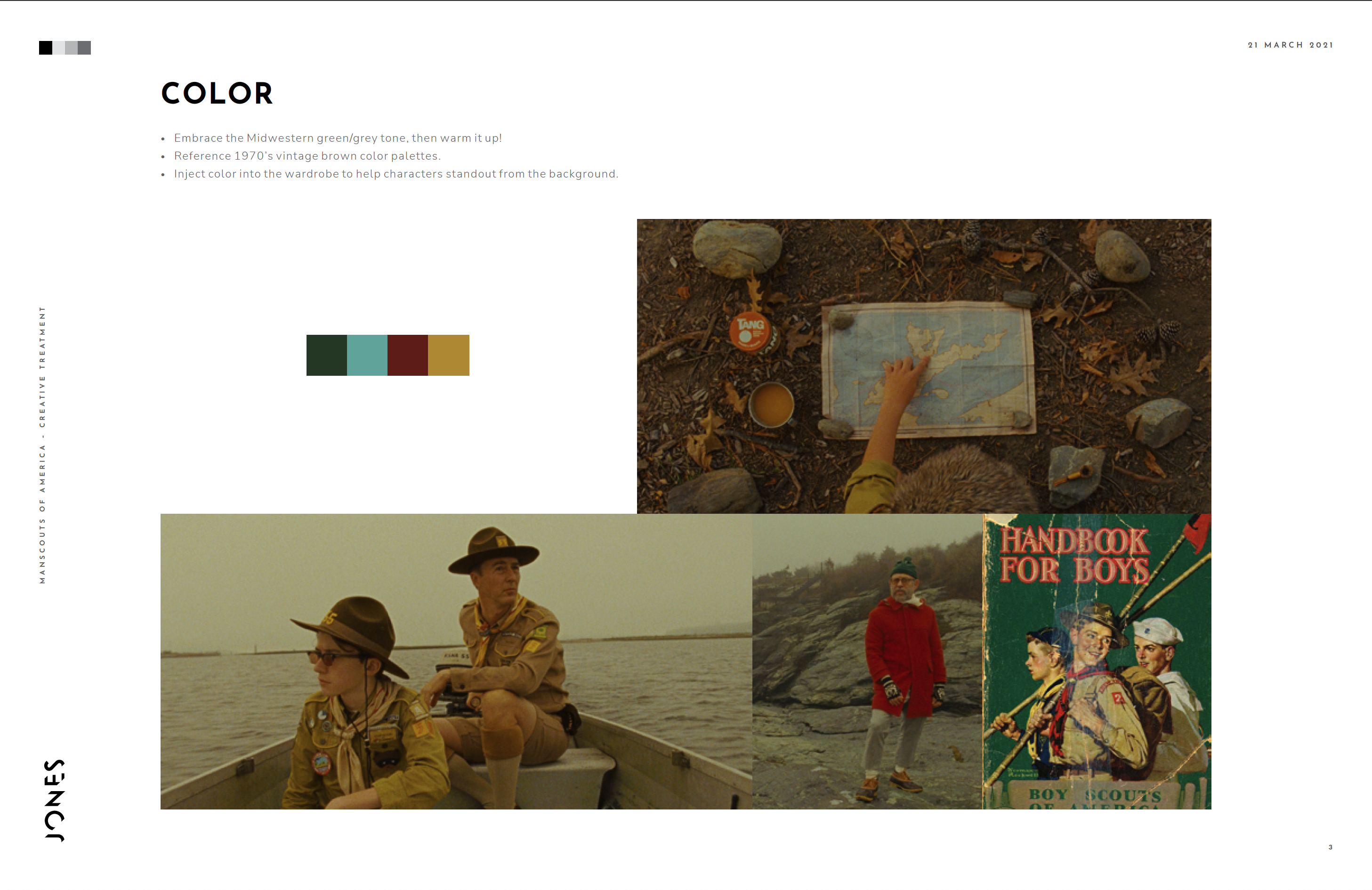 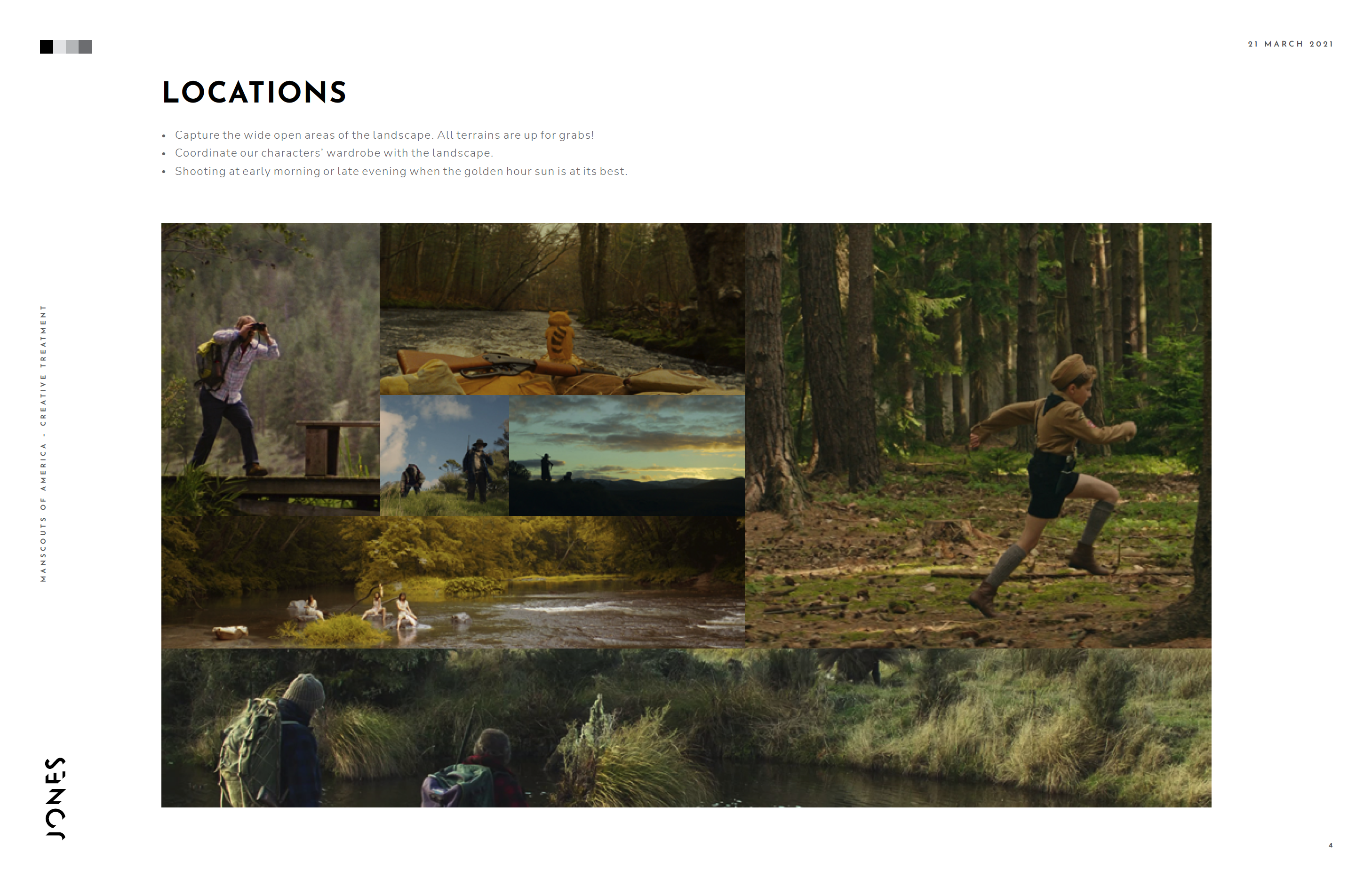 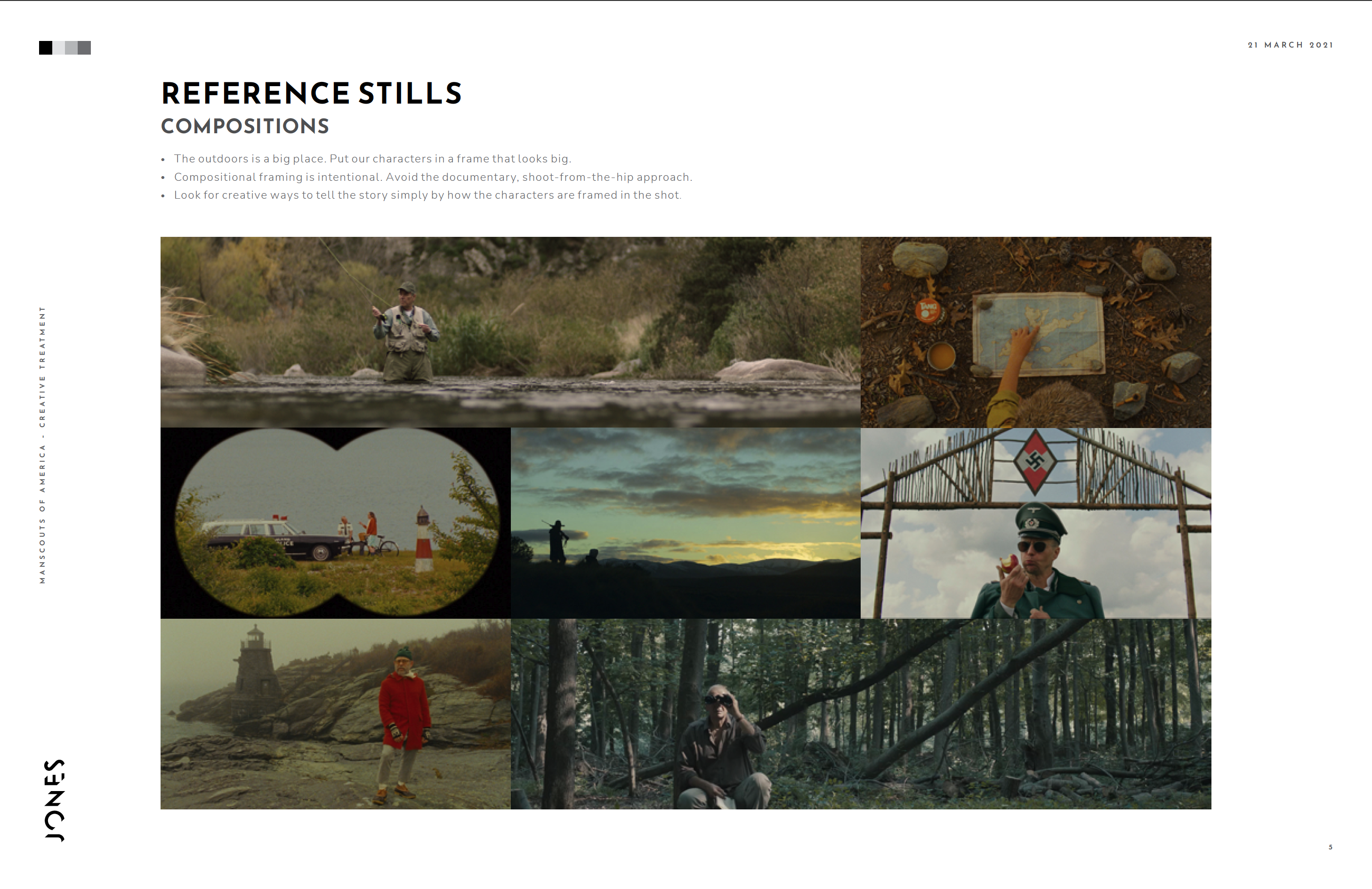 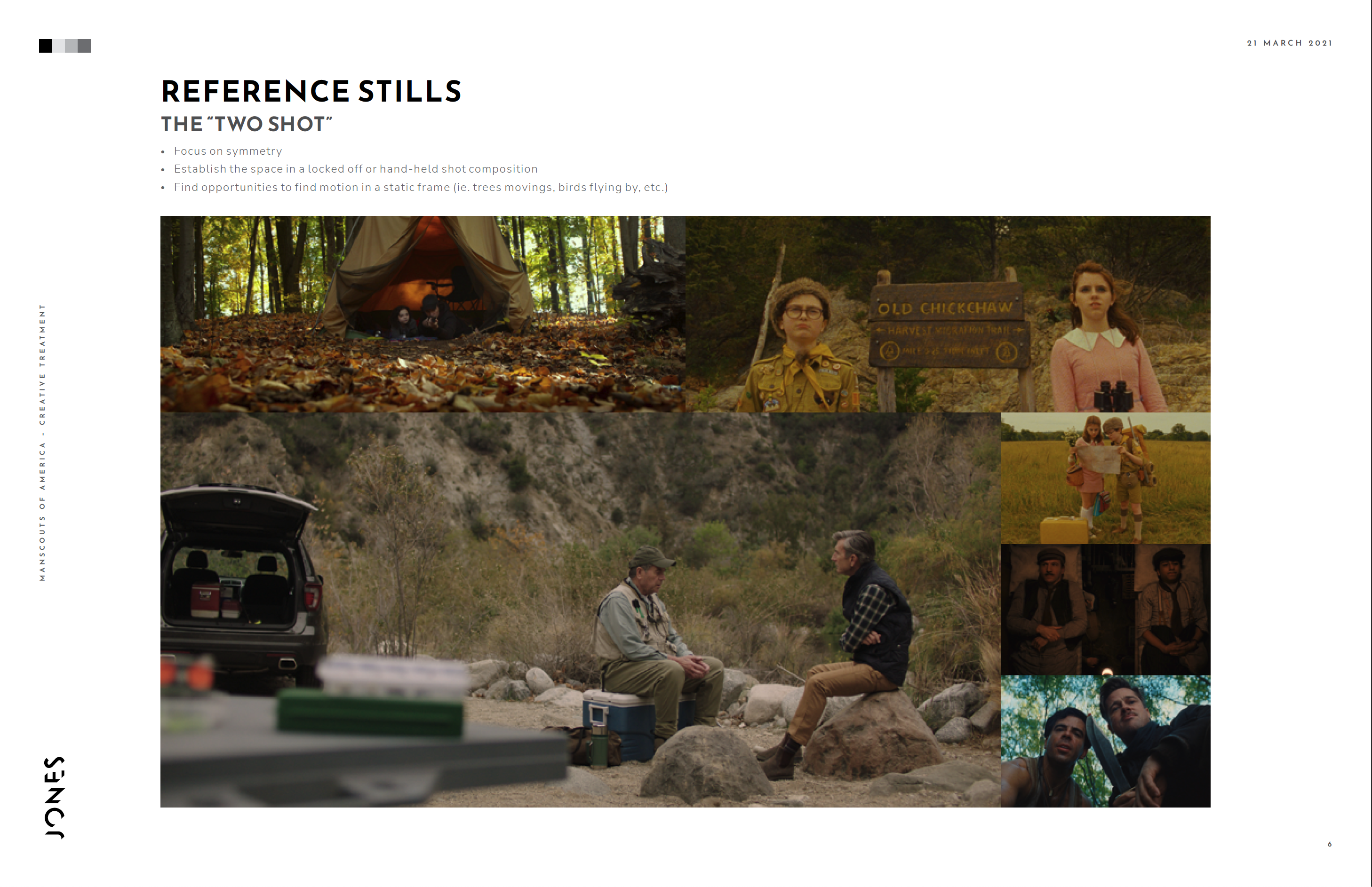 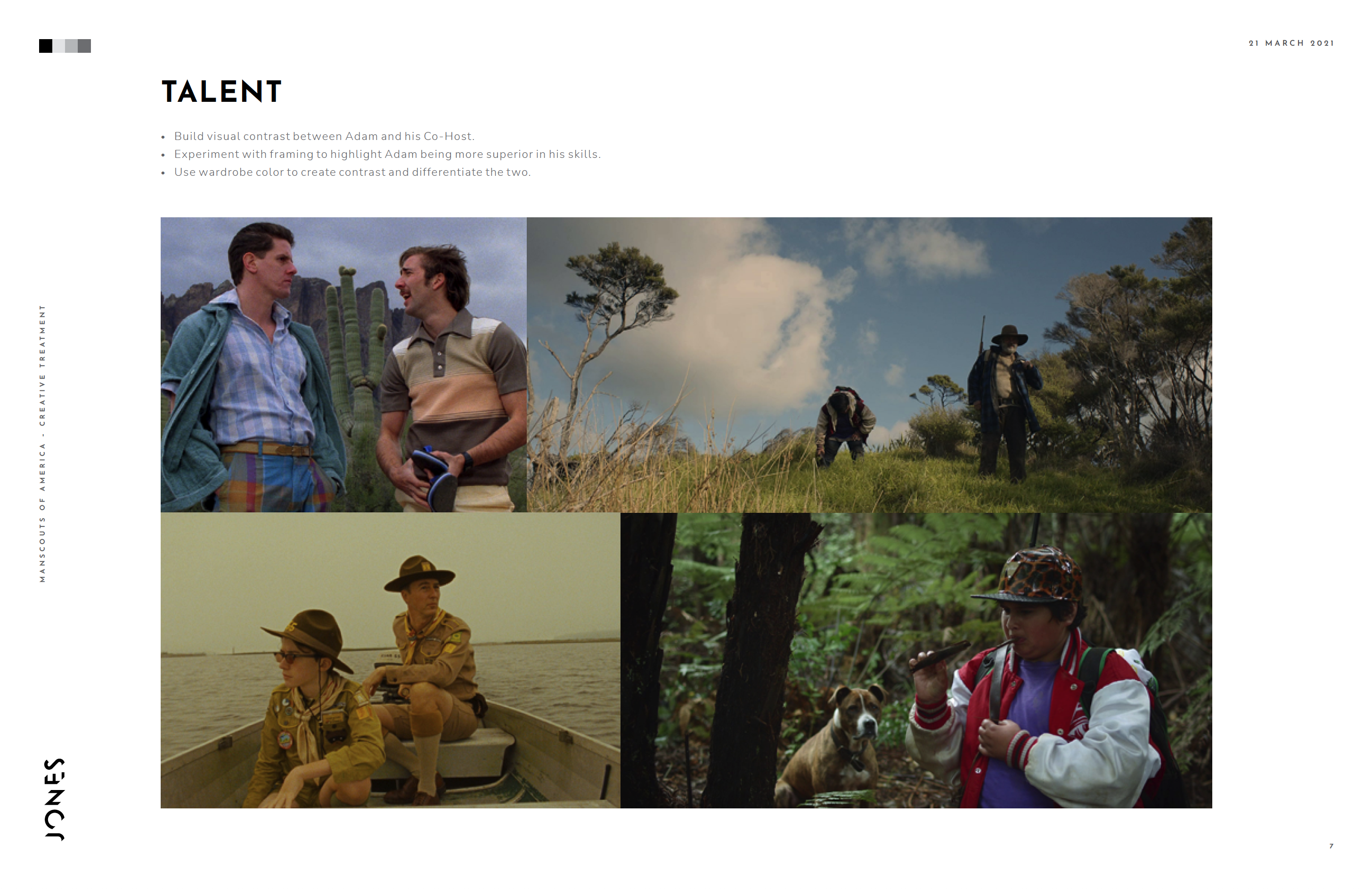 With plenty of exterior green foliage permeating our backdrops, the color of Adam’s wardrobe needed to coincide with his environment. The monochromatic tonality helps ground his character into nature. His bright yellow handkerchief would be the primary color that draws your eye.

We sent Adam these references pics. The man absolutely delivered.

In The Good Outdoors, all terrains are up for grabs. Wooded vs. rocky, sunny vs. snowy. But the key was to base our shooting schedule around the path of the Sun. Little-to-no crew requires Mother Nature to do our bidding. That notion was fitting on this production.

Early morning light brought our subjects out into the open where we could backlight them at all costs. Come high-noon, we would move into the dappled overhangs of the forest, letting that cucoloris effect play on the forest floor. A total win-win. 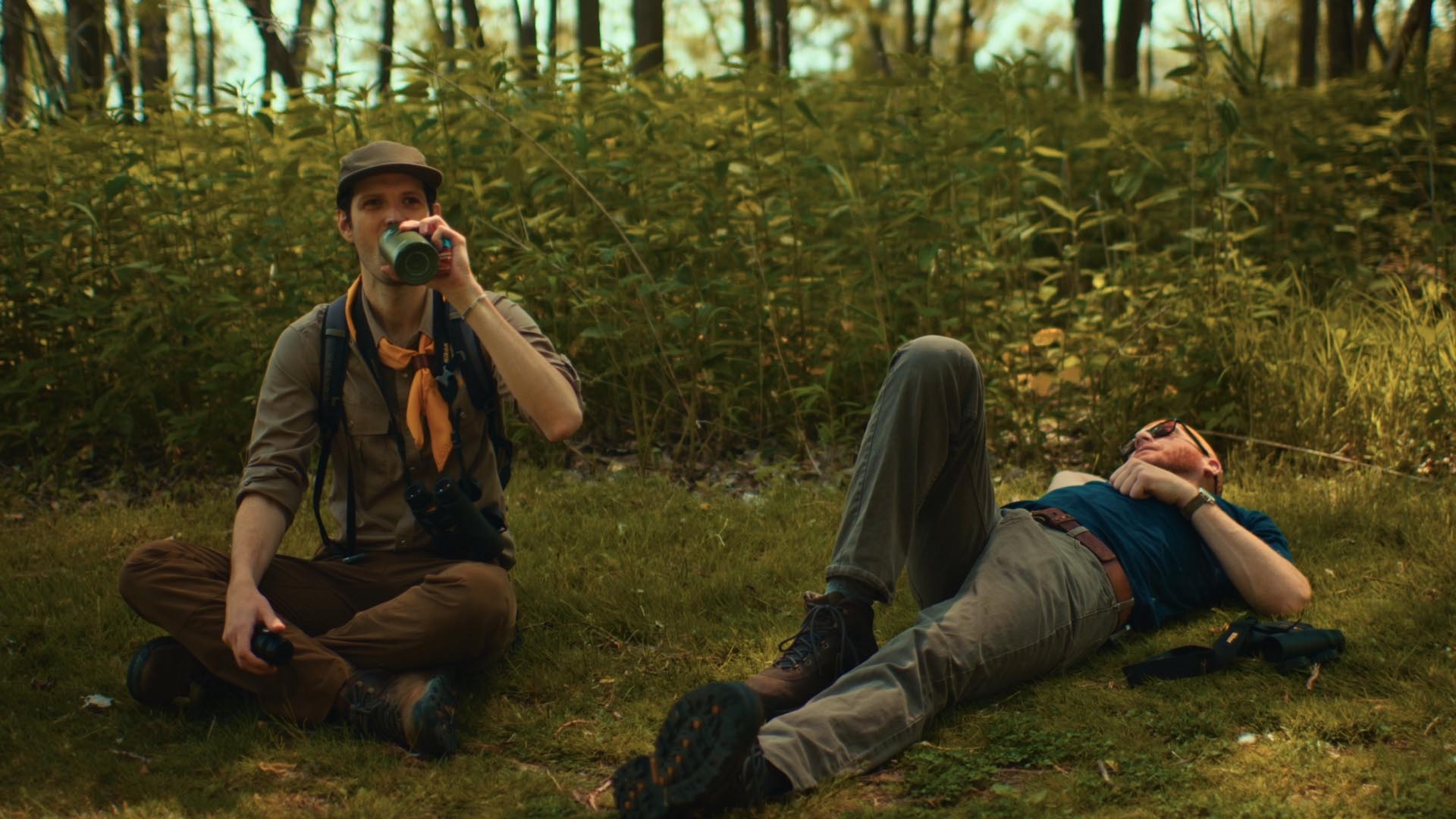 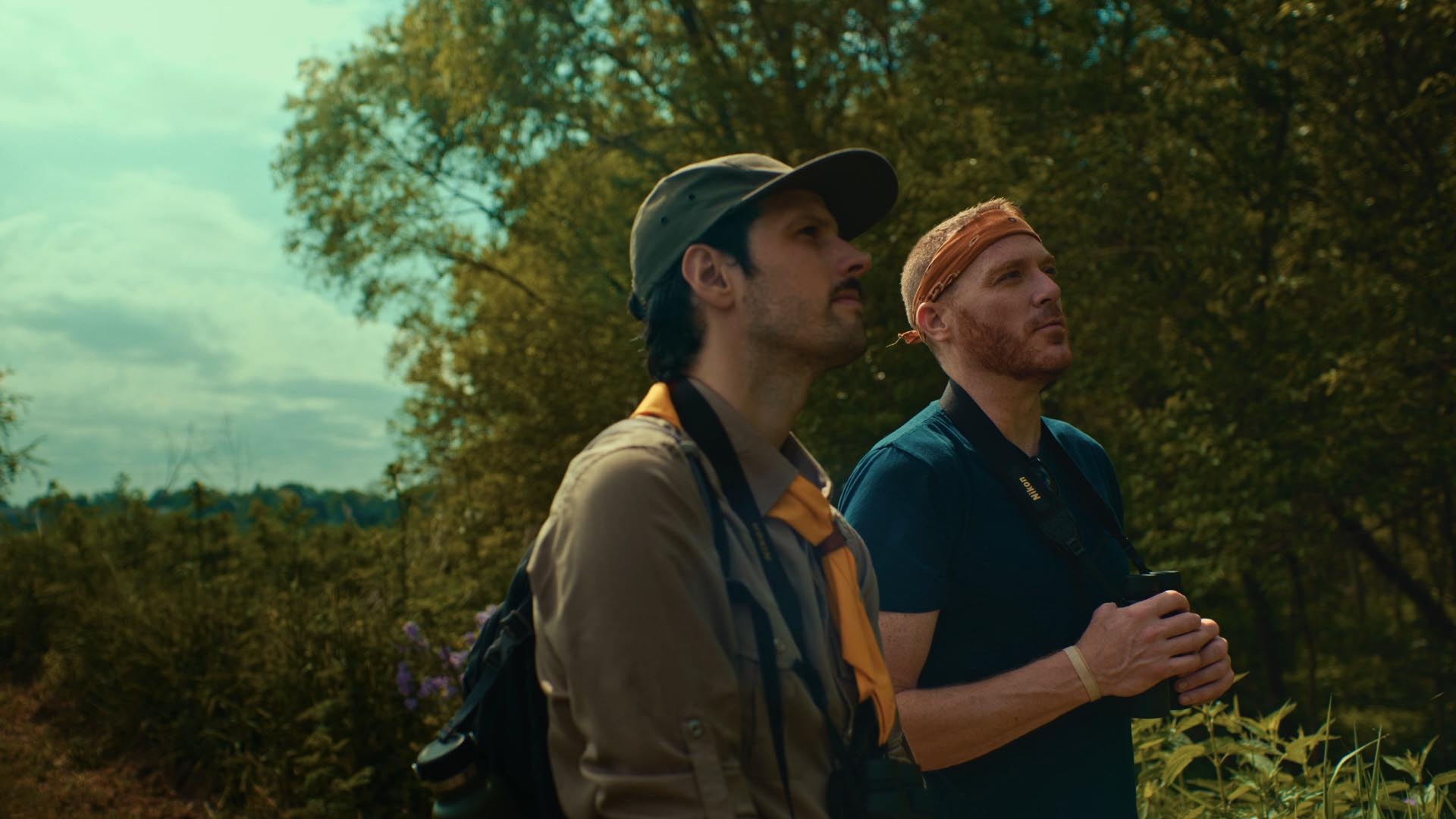 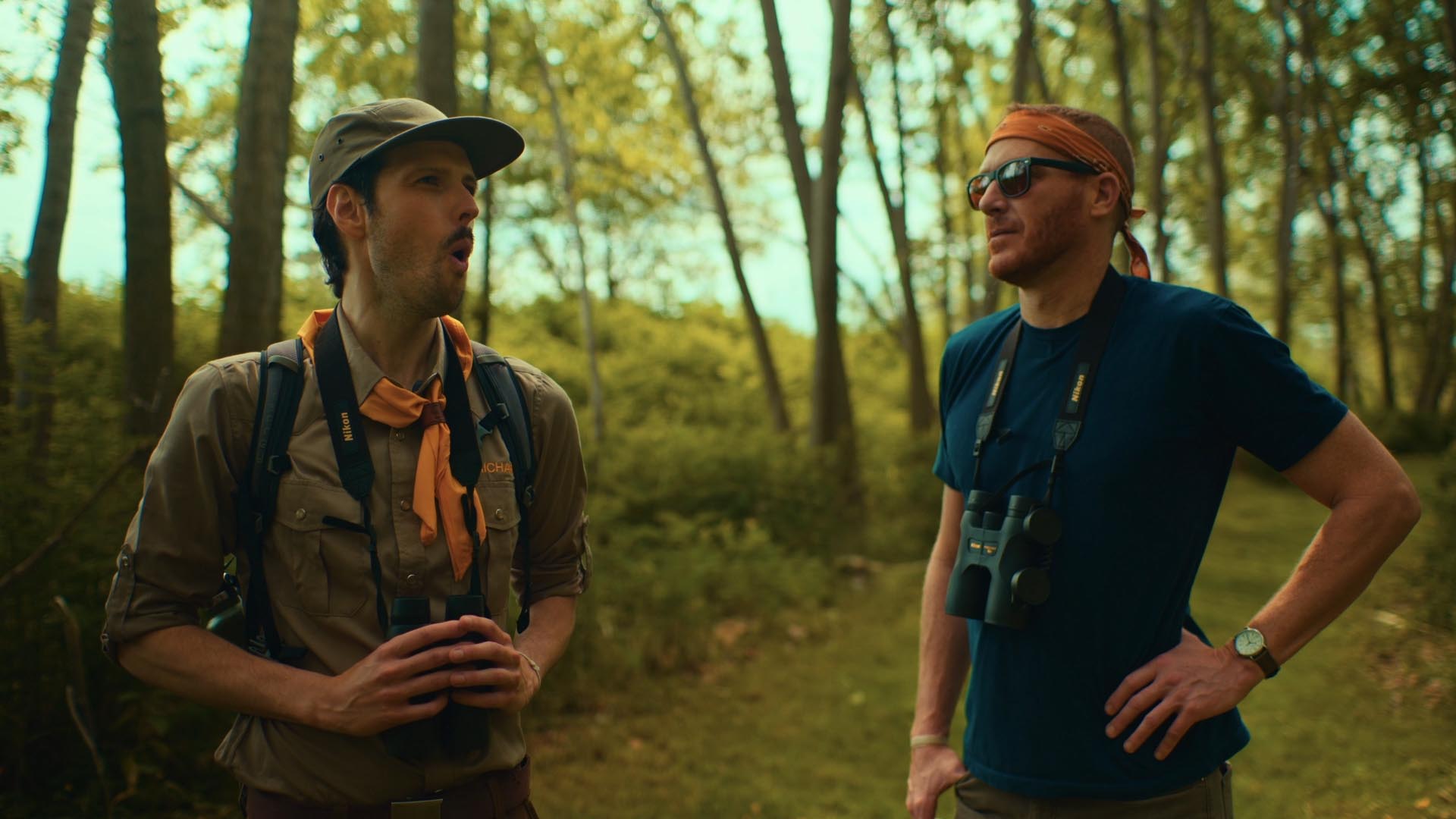 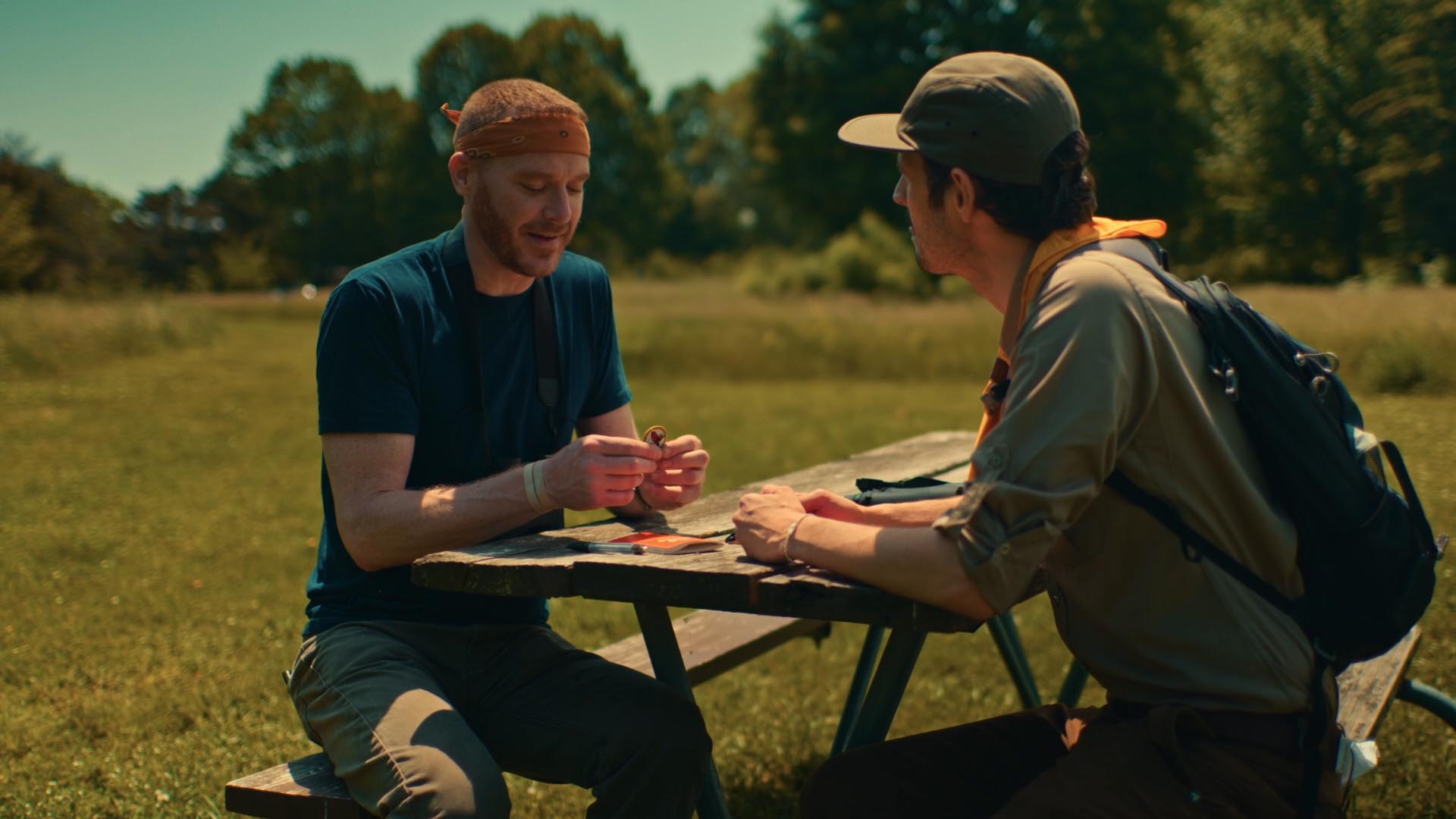 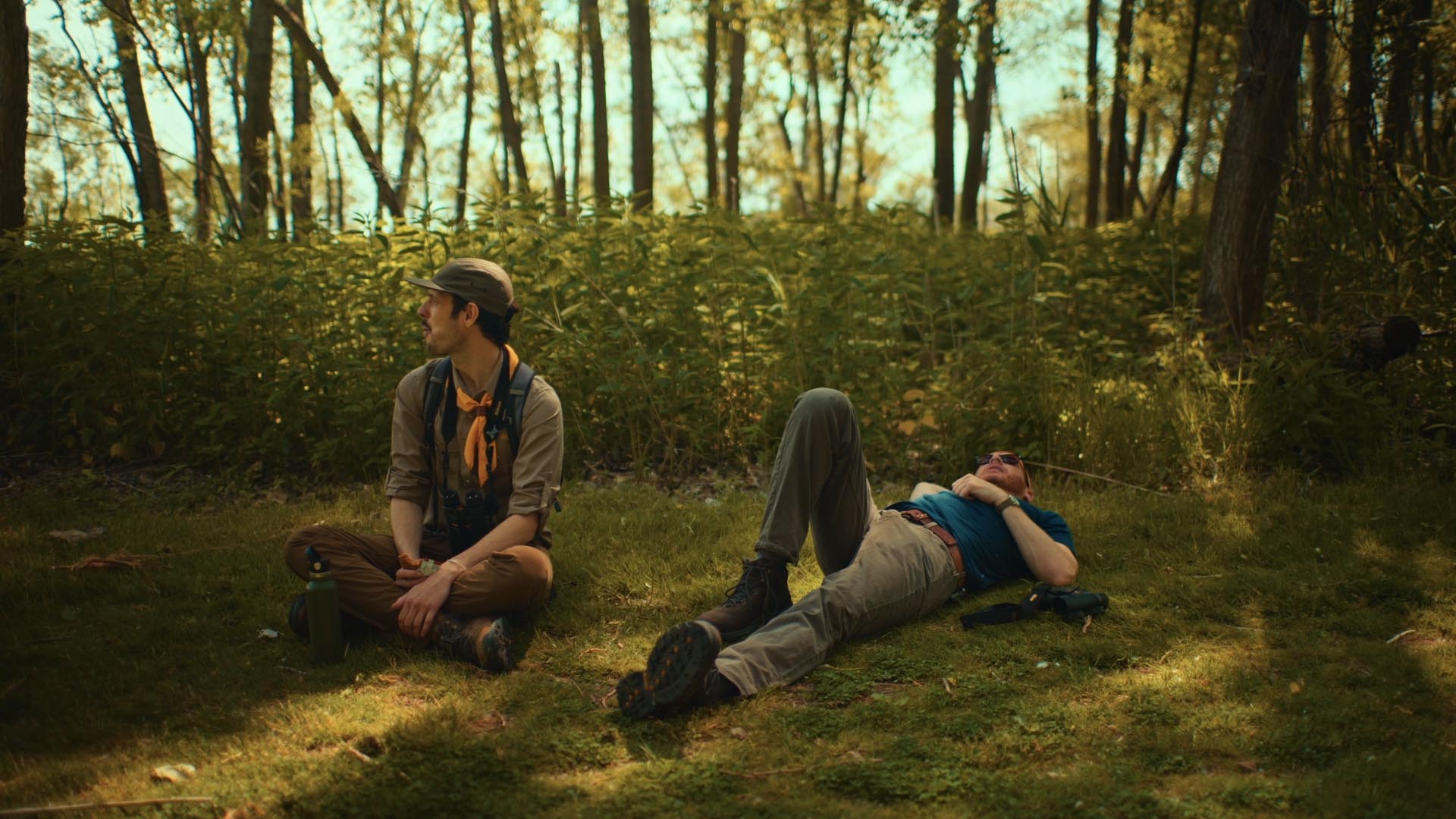 Once Aaron locked our edit (who, by the way, brilliantly bottles-up all comedic timing in his Premiere timelines), I finally got to get my hands on our Panasonic negatives. I’ve been blown away at the dynamic range produced by these DSLR bodies. From the GH5 to the S1H, Panasonic's color science packs a punch with V-LOG.

I colored managed this entire episode in ARRI Log-C, which included managing the two Panasonic cameras and the Mavic Pro. Consistent color management across the board gave me fighting chance at visually matching images that are otherwise on unequal footing.

For this episode, I used one of Davinci's stock Kodak LUTs as our base grade. To make this Rec709 LUT work within our ARRI Log-C pipeline, we needed to do two things: temporarily kick our color management out of ARRI Log-C into Rec709 and apply our LUT. Then we color transform our Rec709 color space back into ARRI Loc-C.

All of these technical transforms is the sheer power of color management.

To keep my node tree organized, I put these 3 nodes into a single compound node labeled "Legacy LUT." That way, my base grade was all contained in that single node. The Kodak 2383 D60 also naturally warmed up our image from the original D65 white point.

Adam’s yellow handkerchief really became an iconic color in all of our frames but I found myself developing a distaste for its lemon-colored tones. I continually referenced our Creative Treatment and I loved the burnt, rustic vibes that I felt from those school-bus-yellow tones. I quickly swung those yellow hues toward red-orange and boosted its saturation.

I also very much enjoyed the color of Mike’s blue shirt. That tone stood in direct contrast to Adam’s warm outfit. I qualified Mike’s shirt with the Hue vs Hue and Hue vs Sat curves to really pull him out from the background.

Using the references at my disposal, I came to the realization of just now underexposed Wes Anderson's "Moonrise Kingdom" really is. Not to mention, that film's sky values never pushed very “blue” as you would expect. Instead, that film would inject the same tonality found in the rest of the image: a dingy, yellow-green hue.

While this certainly works beautifully for Moonrise Kingdom, I really wanted our sky to have a cool, cyan tonality. I wanted it contrast with the rest of our environment. In certain shots, I qualified only the brightest areas of the image in order to capture the sky and inject cyan with my offset wheels. 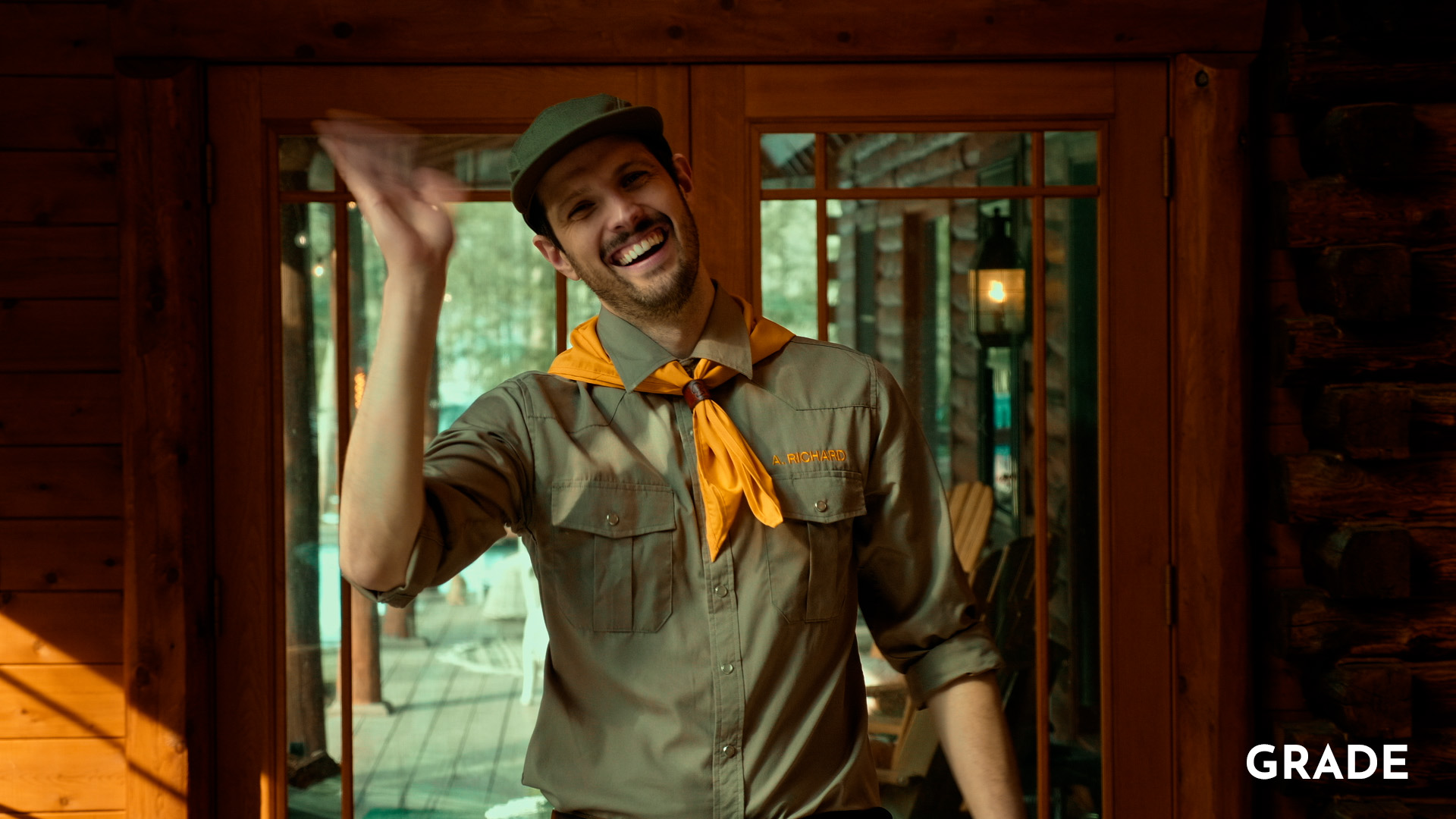 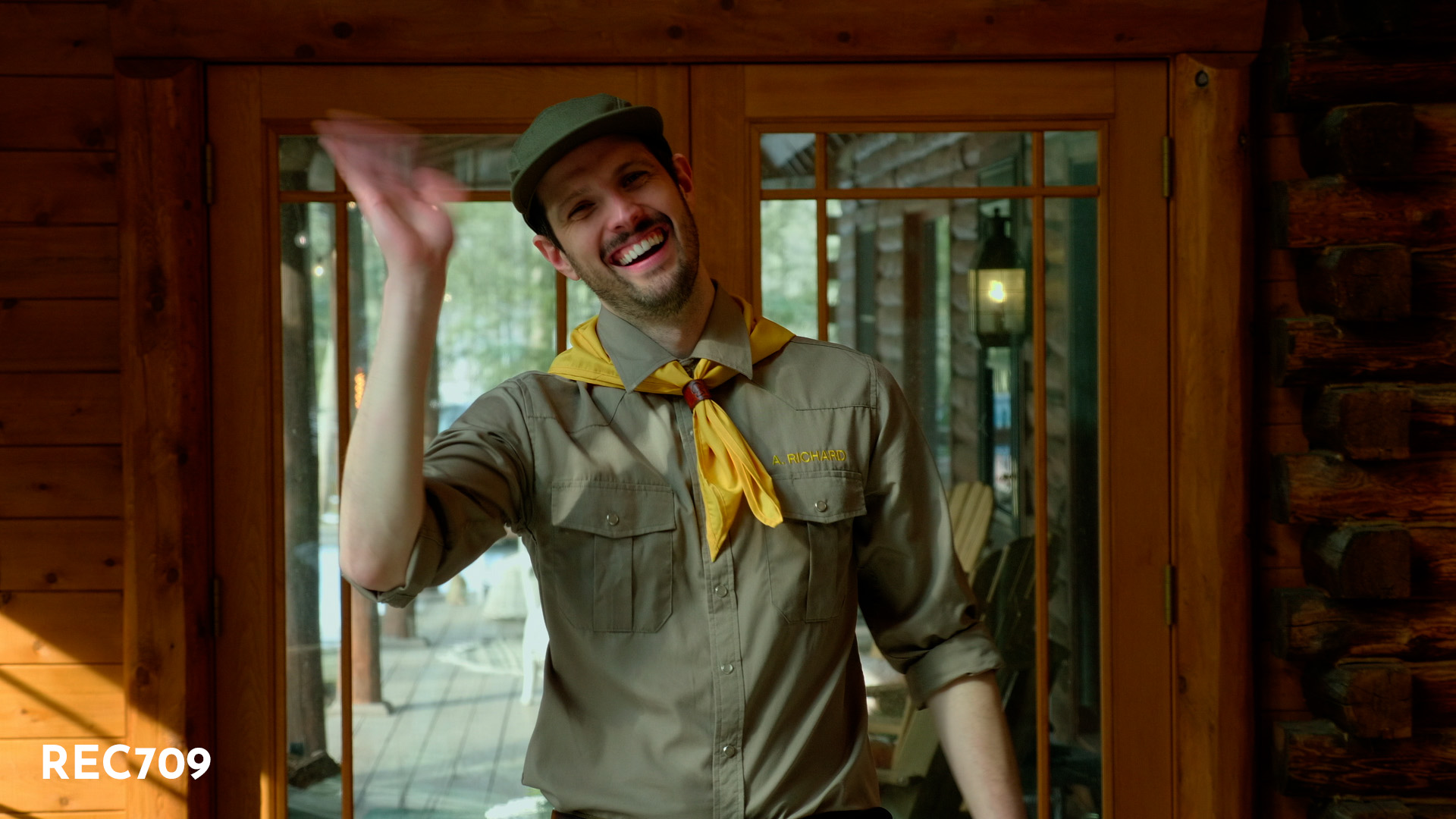 More on the Horizon

Projects like this have scratched a creative itch we all greatly benefited from. It’s a creative endeavor where "anything goes." The only limitations we have are what Mother Nature provides. Adam is chalk-full of ideas ( and Clif Bars ). The future of The Good Outdoors will be a fun one to tackle.

This award-winning comedy sketch explores the physical extent of sibling rivalry in the midst of unhinged adulthood. No tears. Only blood, sweat, and brothers. This film is in collaboration with creative agency, Favorite Brother.