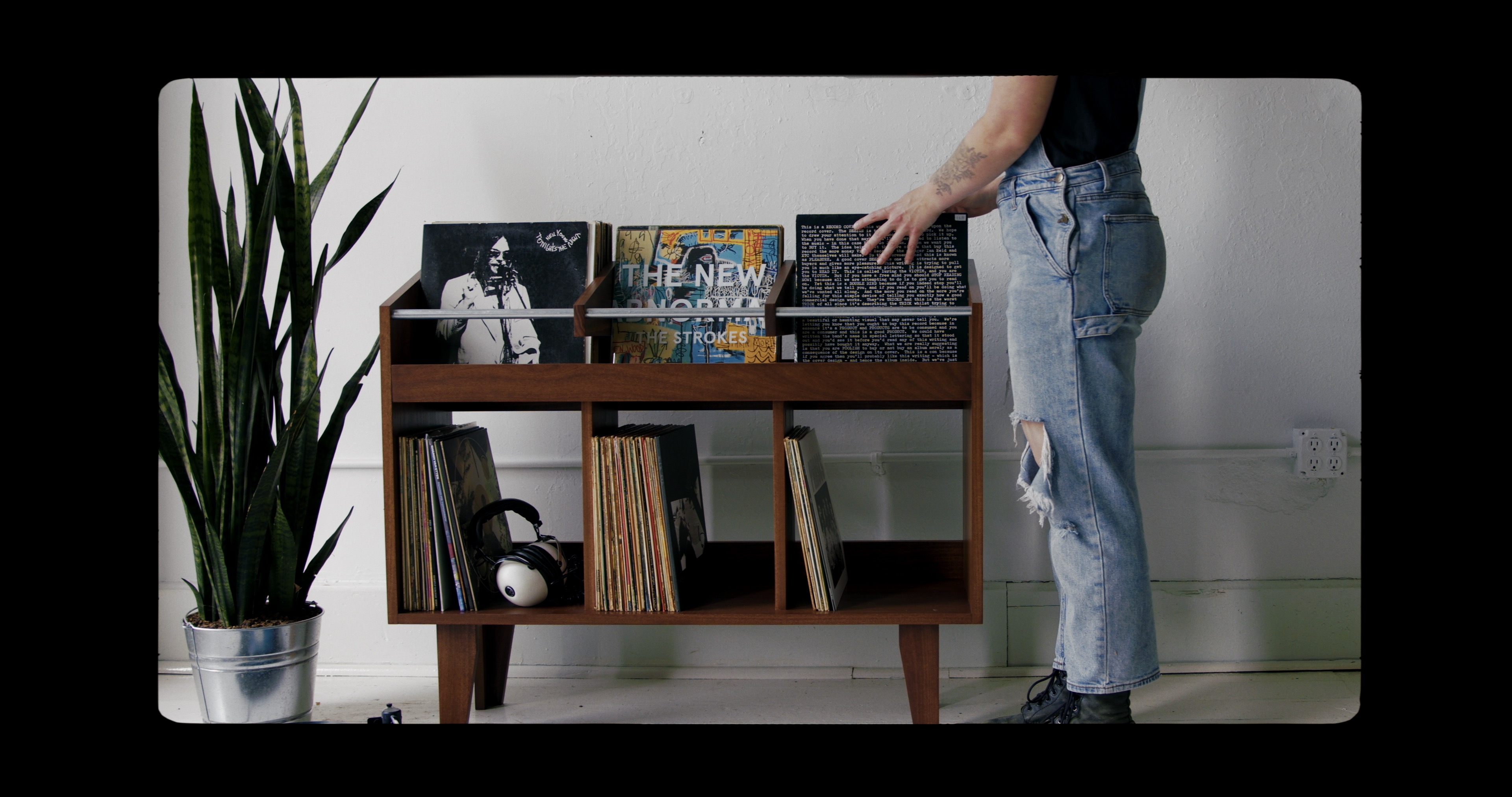 The creative dynamic of Brit and Jason Prather, co-owners and operators of Divider Records, is largely understated. Jason, a woodworker at heart and former cabinetry maker, is responsible for the overall build quality and functionality of their record consoles. Brit, a designer and small business marketer, prides herself in maintaining their customer service base and brand experience. In the midst of a rebrand, the Prather’s were looking to refresh the aesthetic of their Etsy and social media platforms.

I had yet another chance at a creative collaboration with Agape Photography. Although this wasn’t the Luke and Mikayla’s first rodeo in Amish Country, this was the second commercial spot that we tackled together. Brit and Jason were open to any innovative endeavors and it opened the door for some unique creative discoveries in the process. 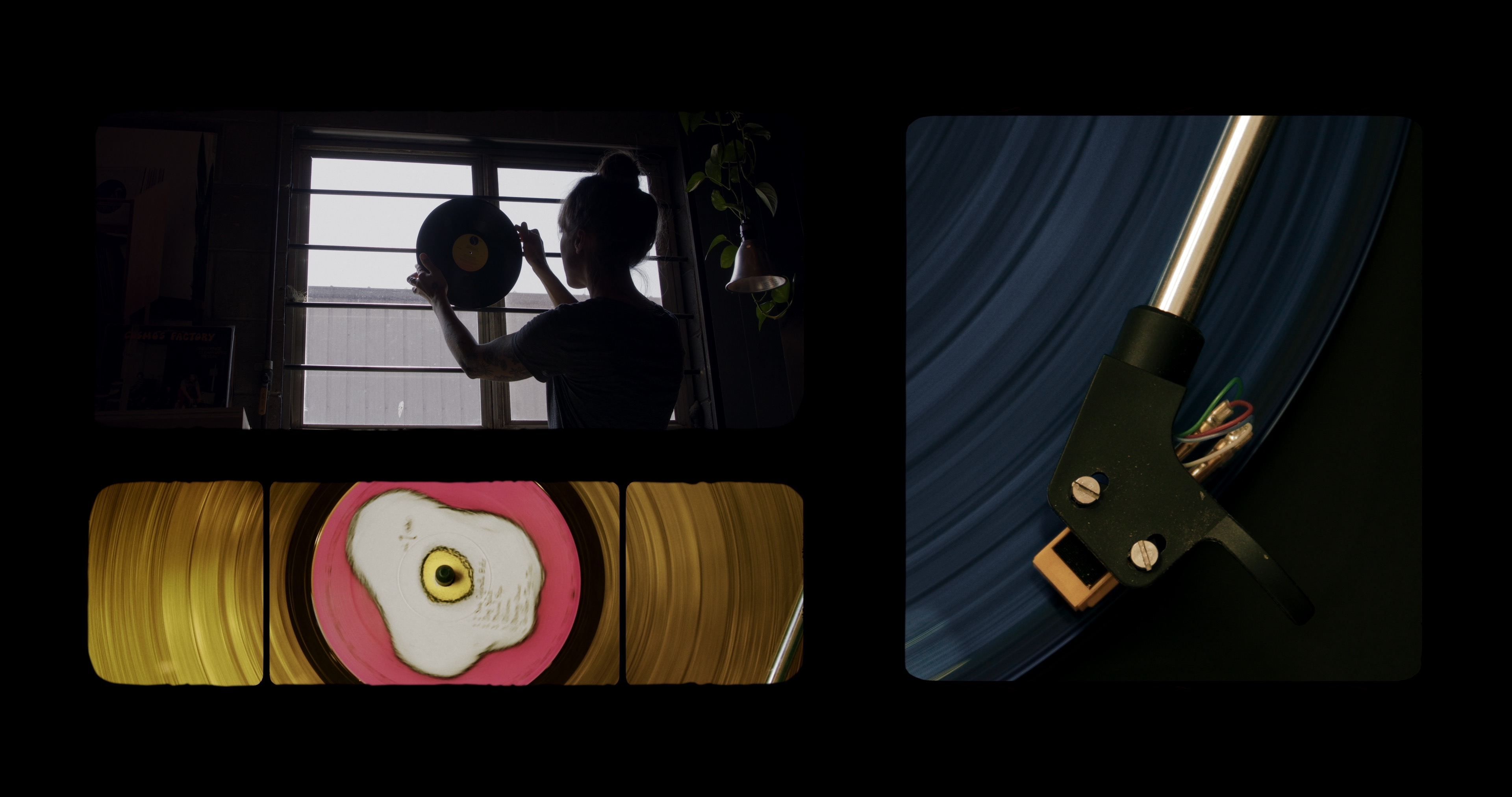 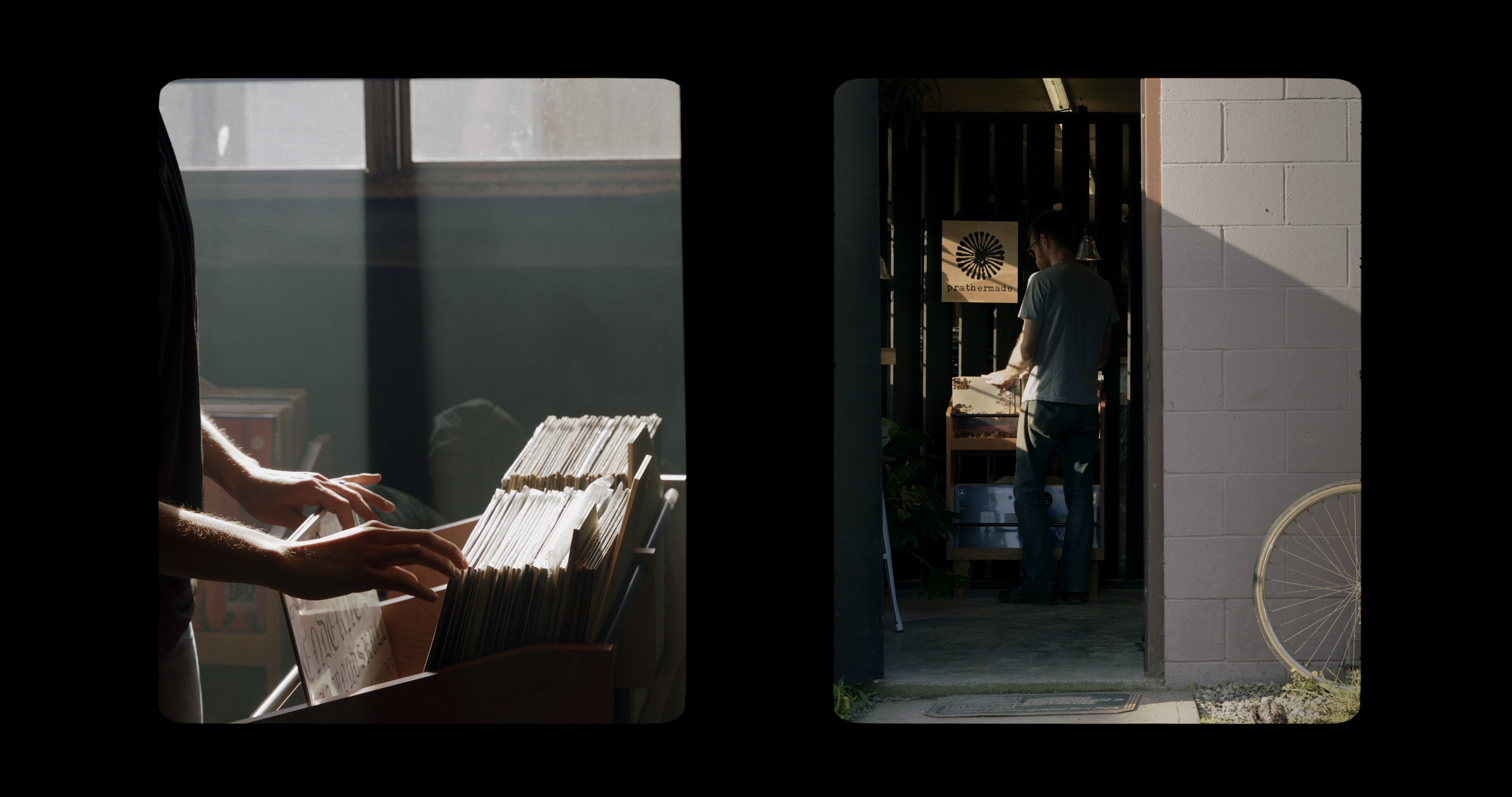 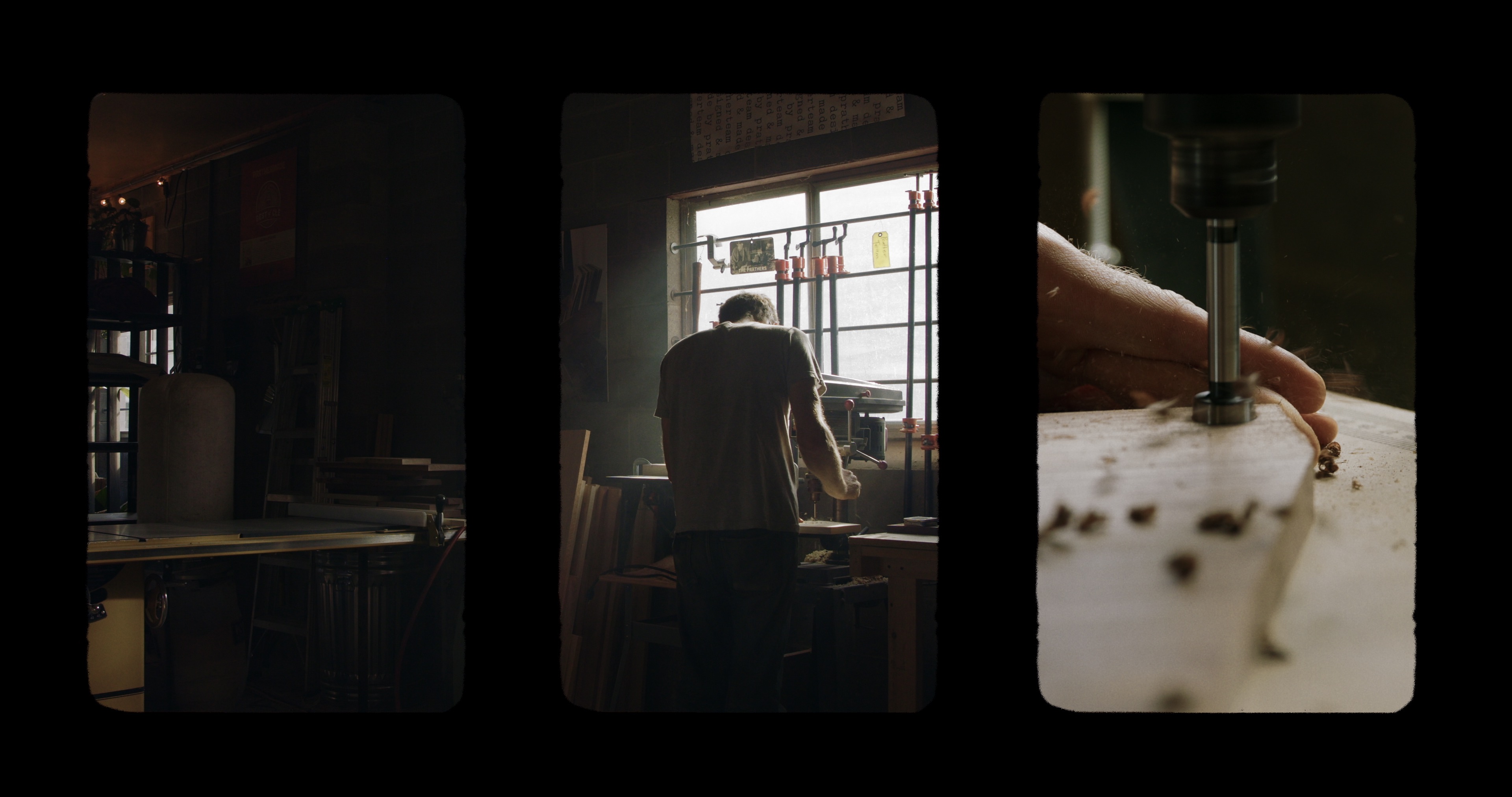 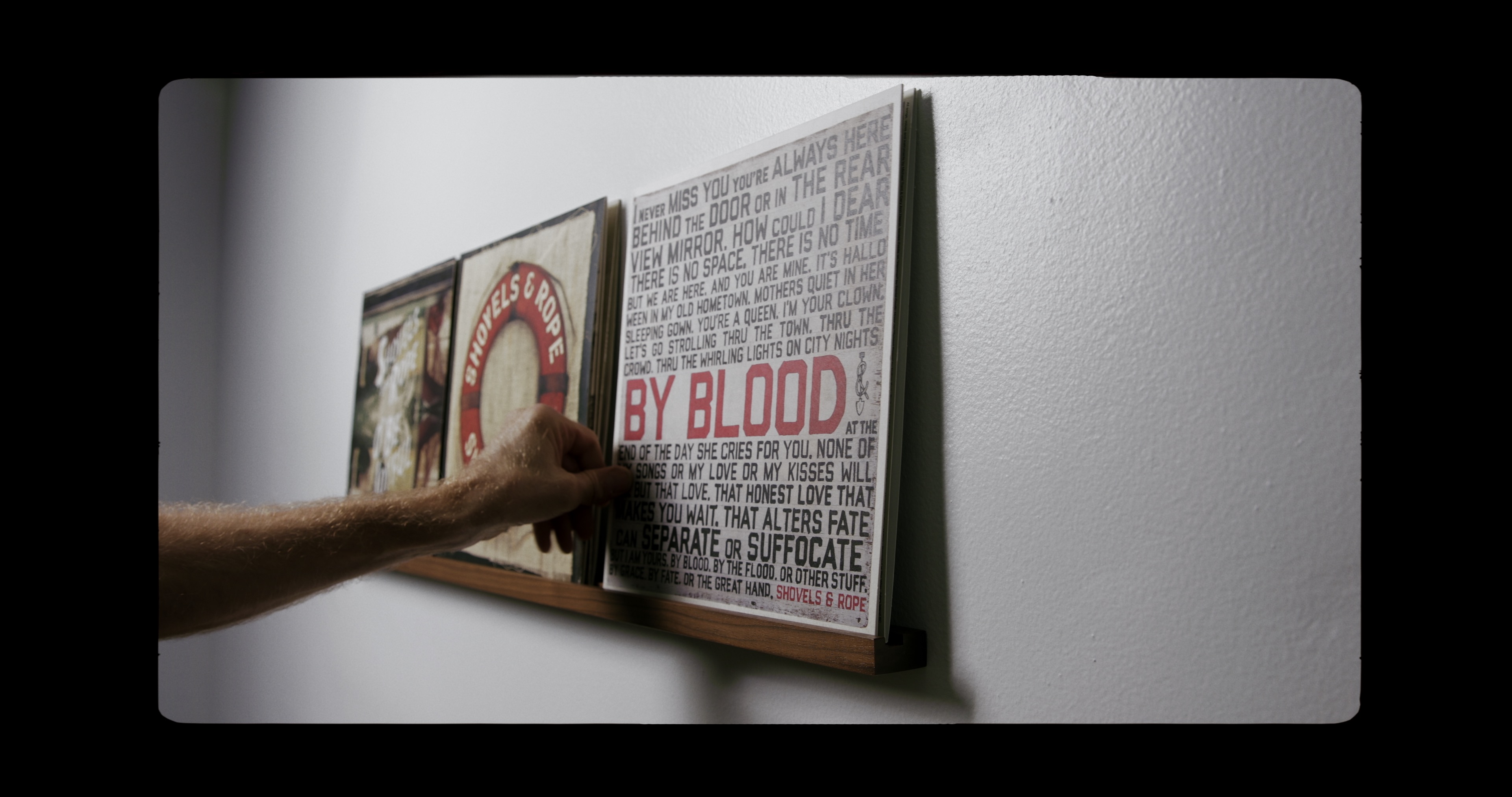 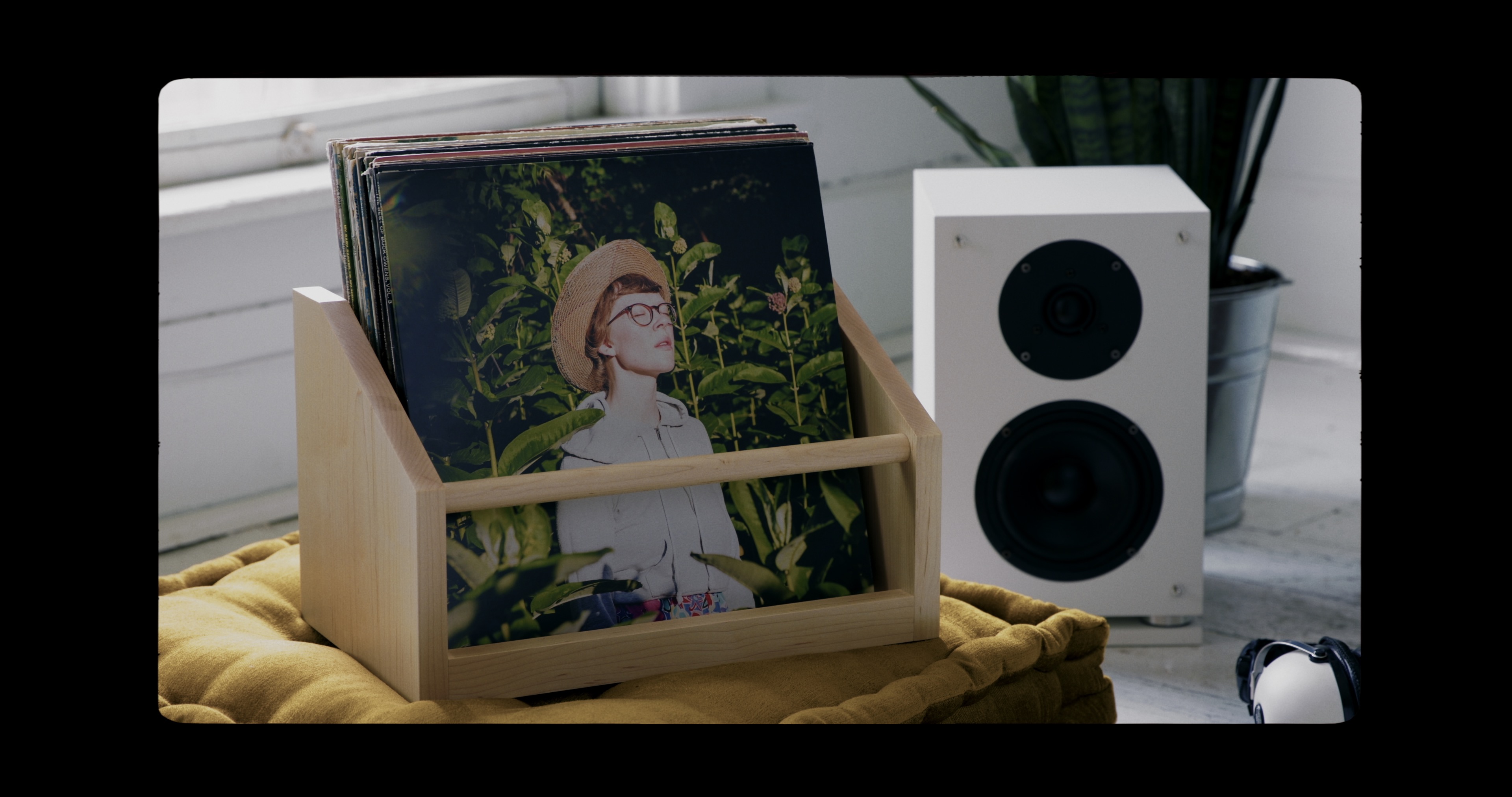 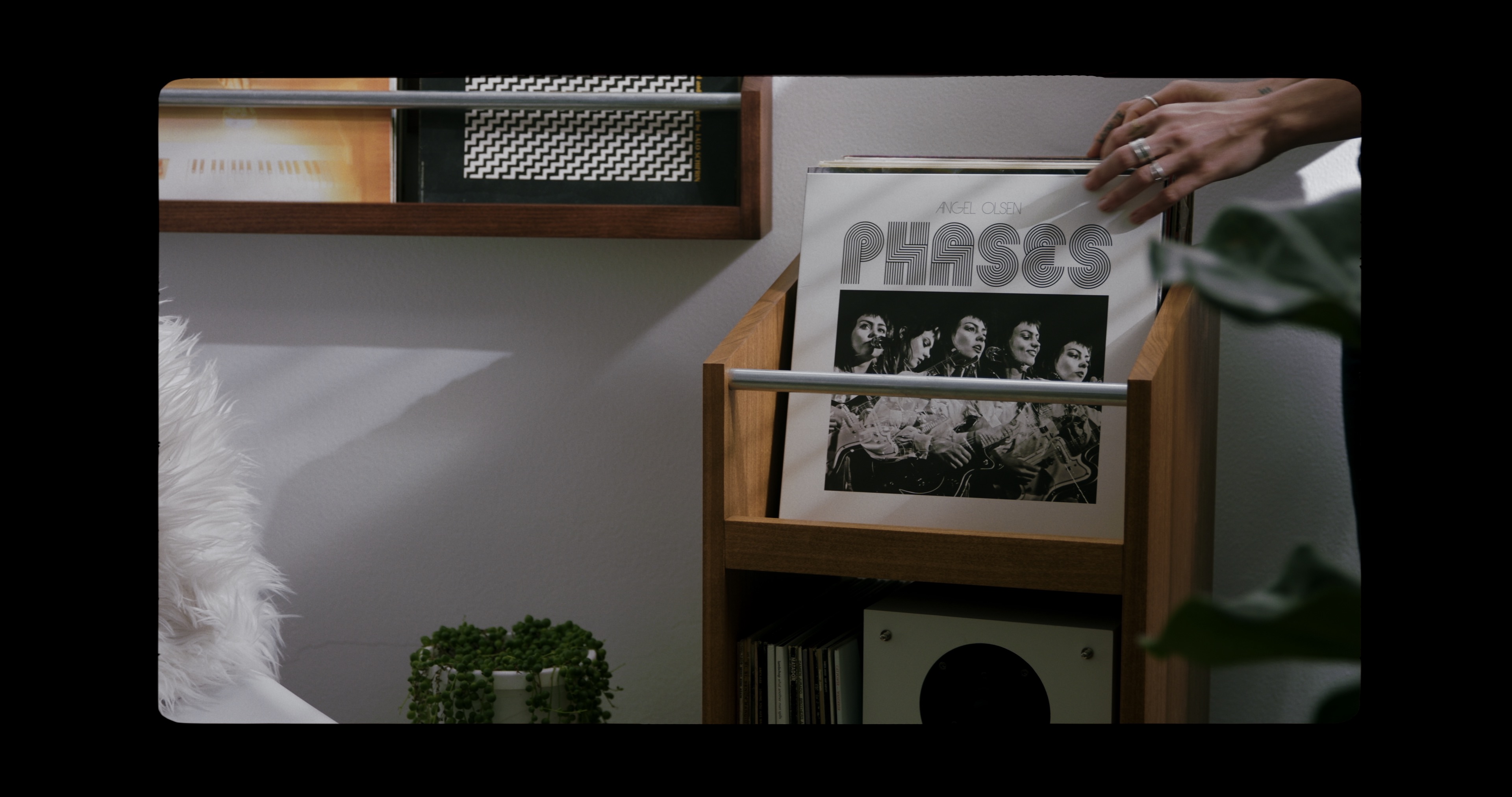 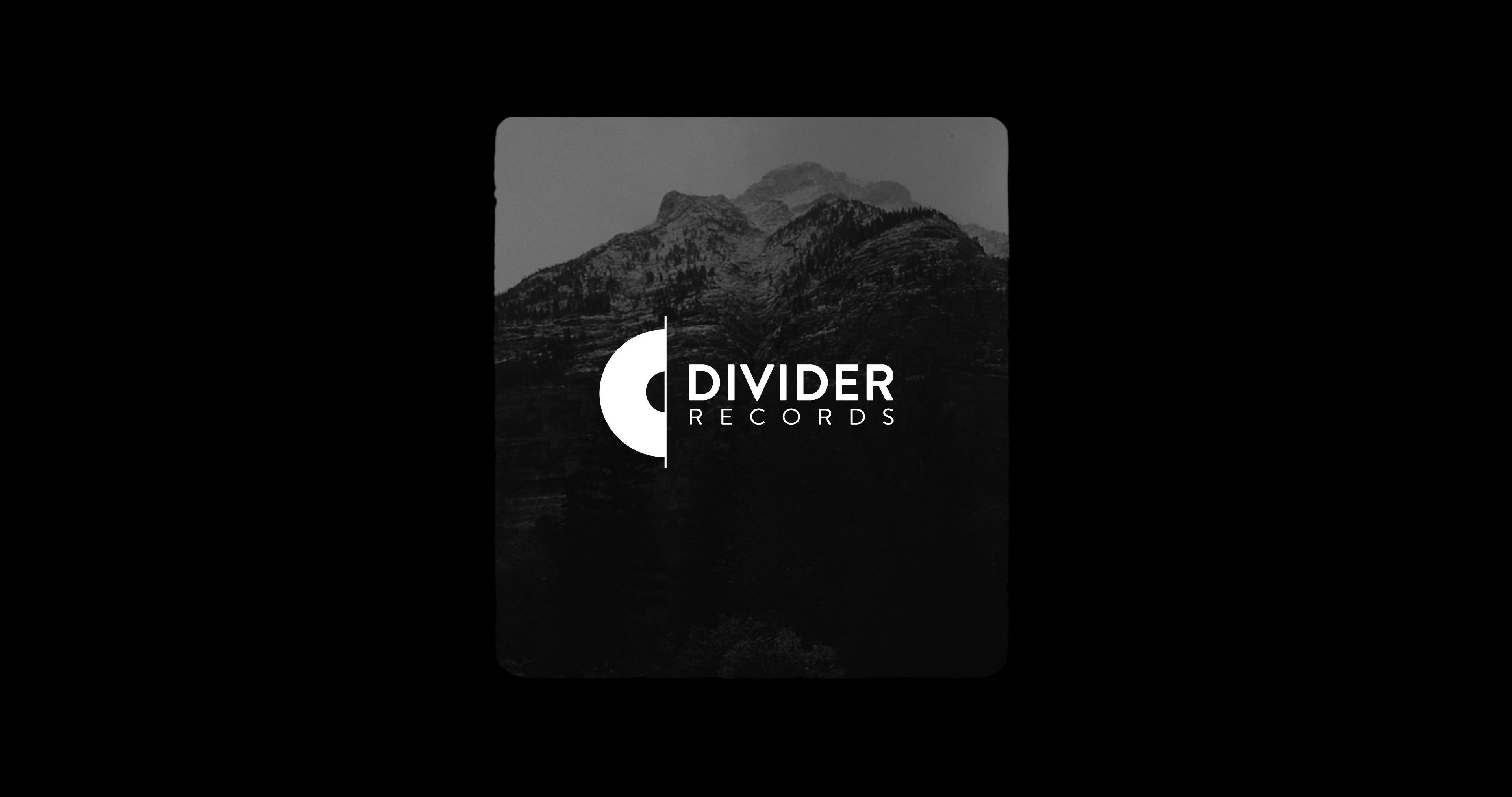 Our film was riding on the heels of the Brit and Jason’s desire to rebrand. Formally known as “Prathermade,” they sought to rebrand themselves as “Divider Records” as a way to capitalize on the overall design aesthetic of their products. For example, their larger record Morad console features 3 distinct sections for vinyl records displays. This floating dividing feature was completely unique to their brand and differentiated them from any other competitors. At the end of the day, we agreed that the record console “divider” was their calling card. We knew we had a creative obligation to somehow showcase this concept in our film. (Photos below courtesy of Agape Photography). 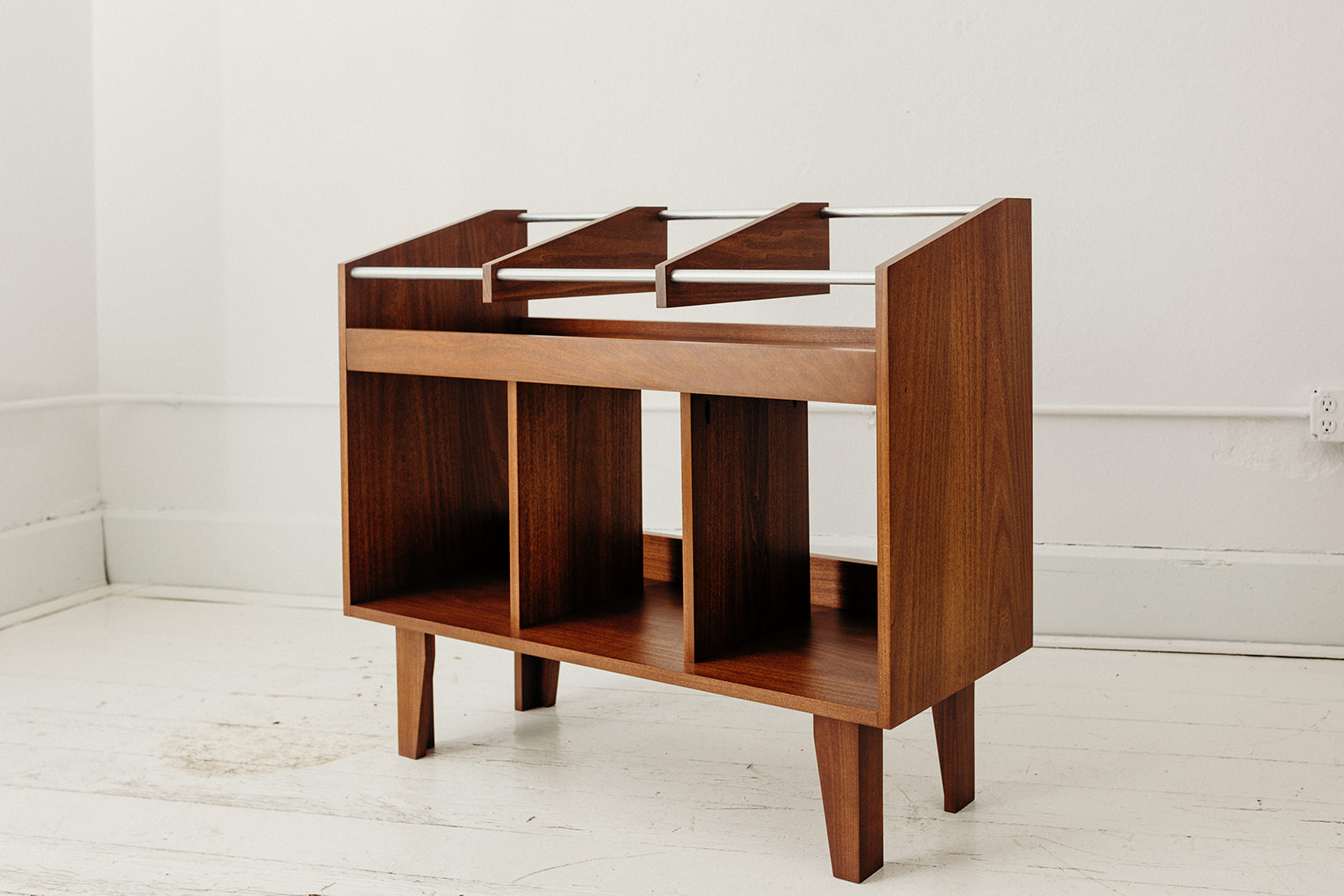 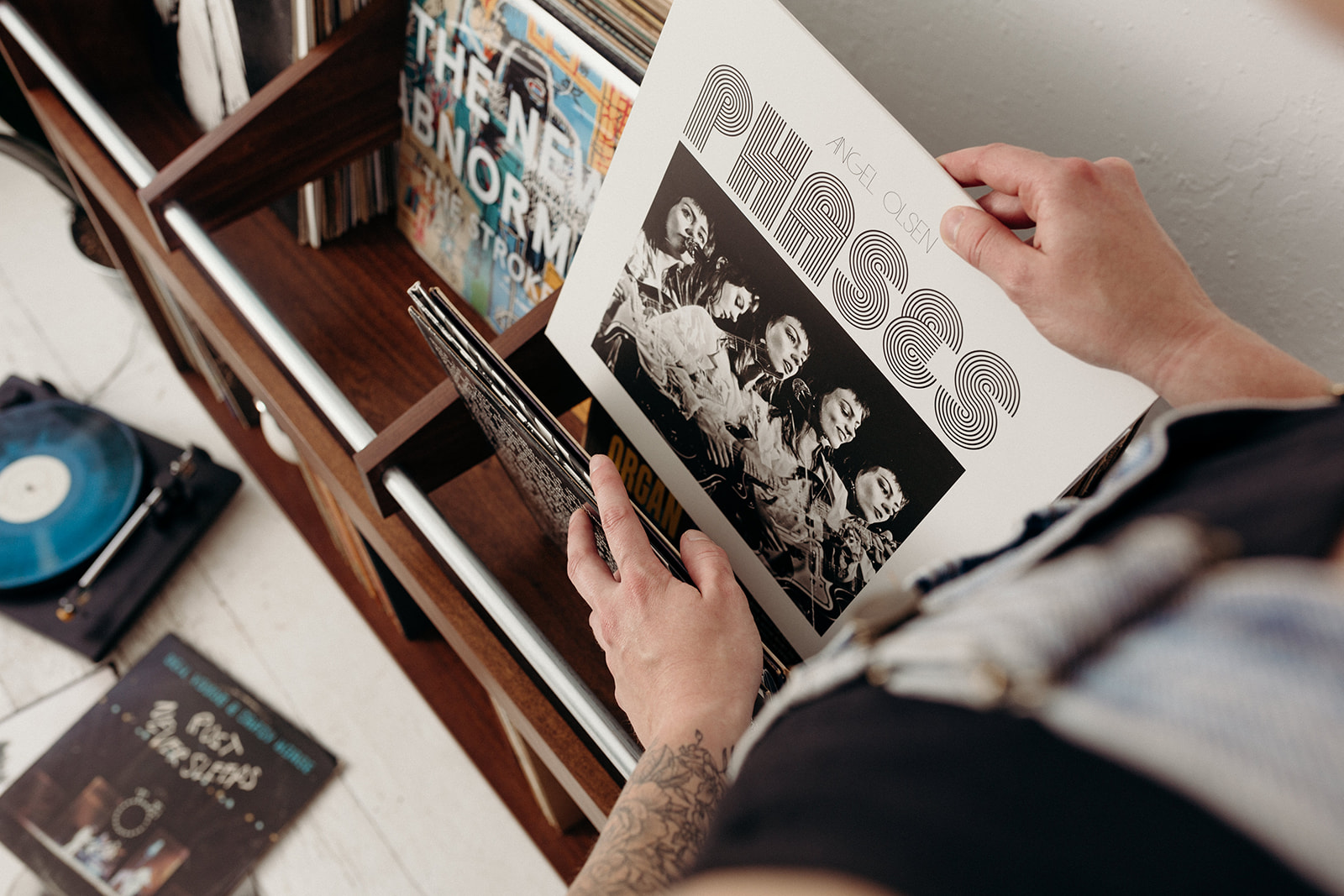 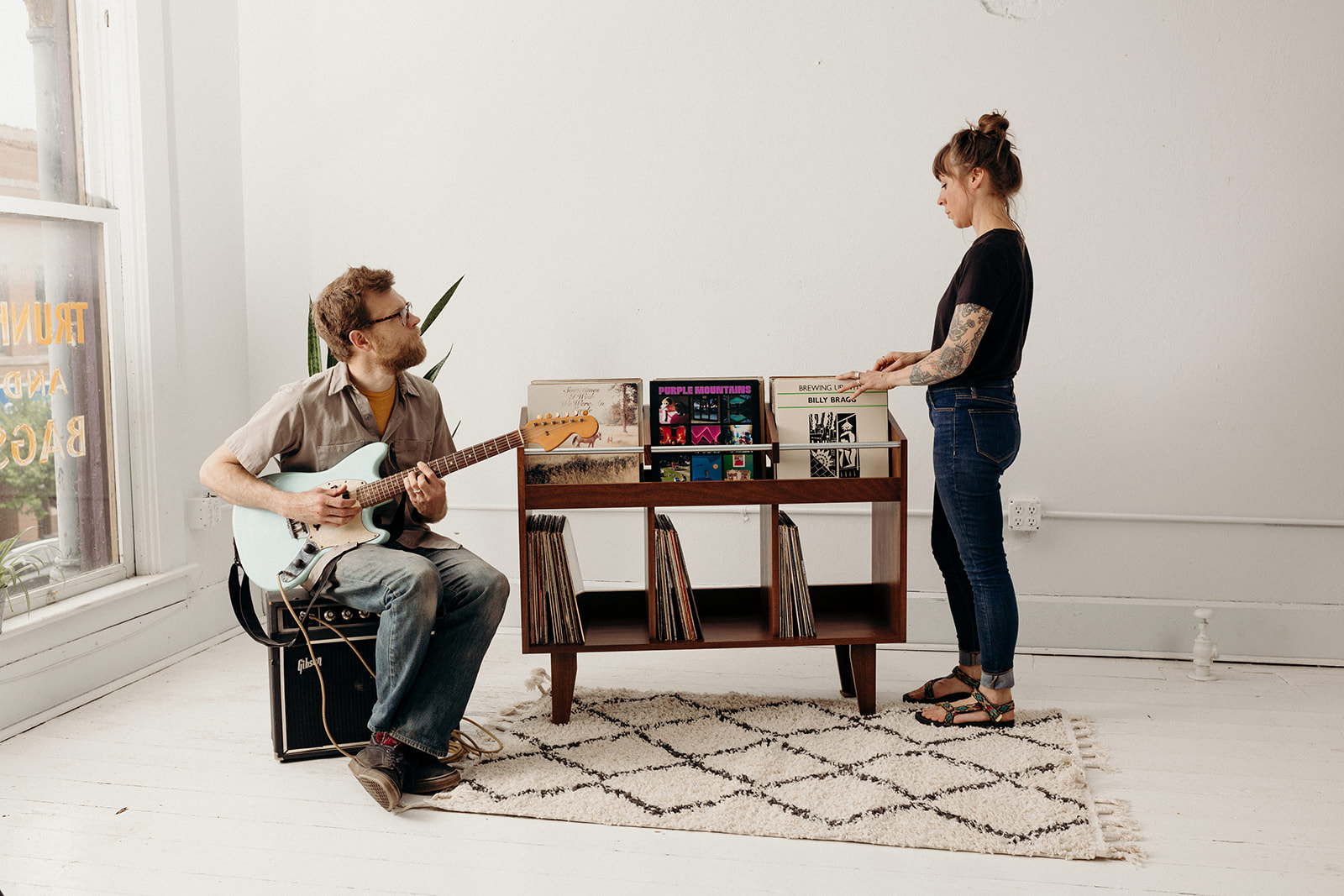 The Divider in “Divider Records”

Inspiration tends to hit like a ton of bricks. But more often than not, those bricks don’t hit until weeks into pre-production. As always, we built a mind-map of words that represented Divider Records as a whole. By narrowing all these words down to 5 Keywords, we began to experience some clarity on the film that we were making.

As I was endlessly scrolling in my Instagram feed, we came across an ad from Tropic Colour. Instagram ads have a tendency of knowing us more than we know ourselves. Oddly enough, the stars aligned. Tropic Colour was showcasing their new Split Screen Film Mattes that allowed you to organize shots in individual quadrants, creating unique compositions in the process. You know...an interesting way to DIVIDE the screen! This concept screamed "Divider Records" and Brit couldn’t agree more. Having a graphic design background, this was certainly easy enough to make myself. But I take pride in supporting Jakob and his team over at Prism Lens FX. Plus, if I was going to Steal Like an Artist and pull a concept from anyone, those guys deserved the mere $30 creation fee. Incorporating this concept into the fibers of our shot list gave us a fresh, new perspective on tackling pre-production.

Early on in production, we asked ourselves: what is a film involving records without a great soundtrack? Clearly, we needed to build an edit that represented all things vinyl. It needed to match that “analog” quality of a record player. We’re talking needle-slowly-making-contact-with-vinyl kind of approach. The pops, the cracks, the absence of high decibel frequencies...It was a tall order but, as always, Musicbed delivered.

Digging around their site, I came across several clips that exemplified this aesthetic. My ears perked up anytime I heard raw percussion filling the background. I adore songs that organically inject sound design into their music. It grounds it in reality and feels much more lifelike and authentic. Not only that, but it gives me audible cues to cut to in the edit. In other words, if you hear a foot stop in the soundtrack, we now have an audible cue to cut to the next clip. This editing approach is certainly my go-to. When in doubt, allow the soundtrack to motivate your decisions.

Our location scouts proved that we needed to come prepared with a detailed shot list of everything we wanted to capture. The plan was to spend the morning capturing all scenes taking place on the east-side of the shop. We only had a short timeframe from when the sun peaked out from behind the opposing building. We agreed to turn off all interior lights and use a hazer to fill the room with atmosphere. Once those sun rays began pumping in, our scene was set.

As the day went on, we moved into the center of the room where the single overhead fluorescent fixtures resided. Their sanding and staining stations transformed into a dramatic top-lit scenarios. In order to match compositions for the edit, I made sure to frame our shots linearly on an imaginary grid. Our final edit was going to feature rectangle quadrants with multiple images on screen at once. By simply throwing Brit on the left 3rd of frame, the negative space would allow room for other clips to appear.

Although we came prepared with a detailed shot list, the joy we experienced in the edit was finding compositional relationships that we randomly captured on the day. Some of the magic would have been lost had we not padded our time for experimental moments, including building frames-within-frames. Any moments that we could frame Brit within the confines of a window, we would take advantage of. This ultimately pushed the “divider” concept much further than relying solely on the edit. 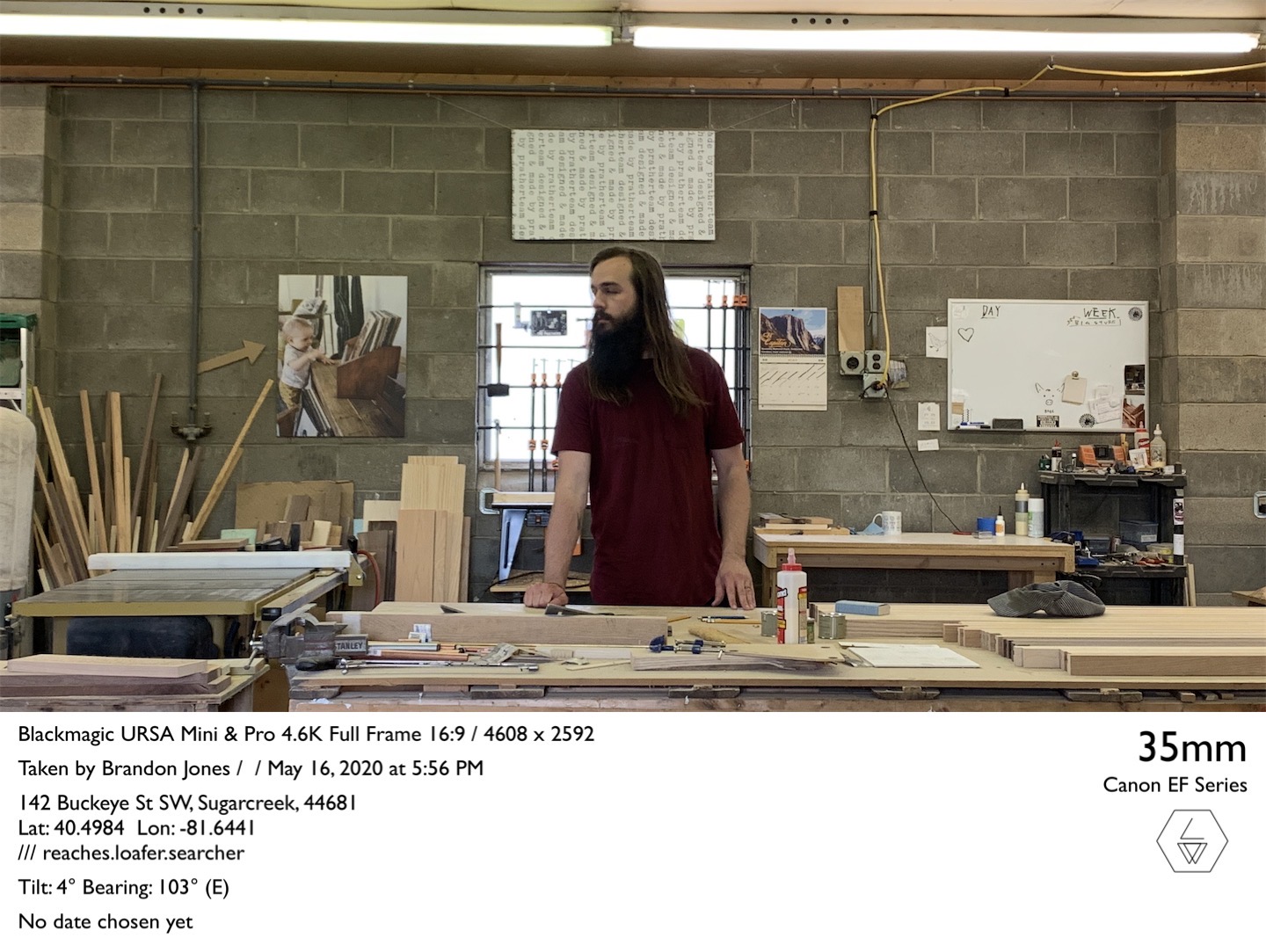 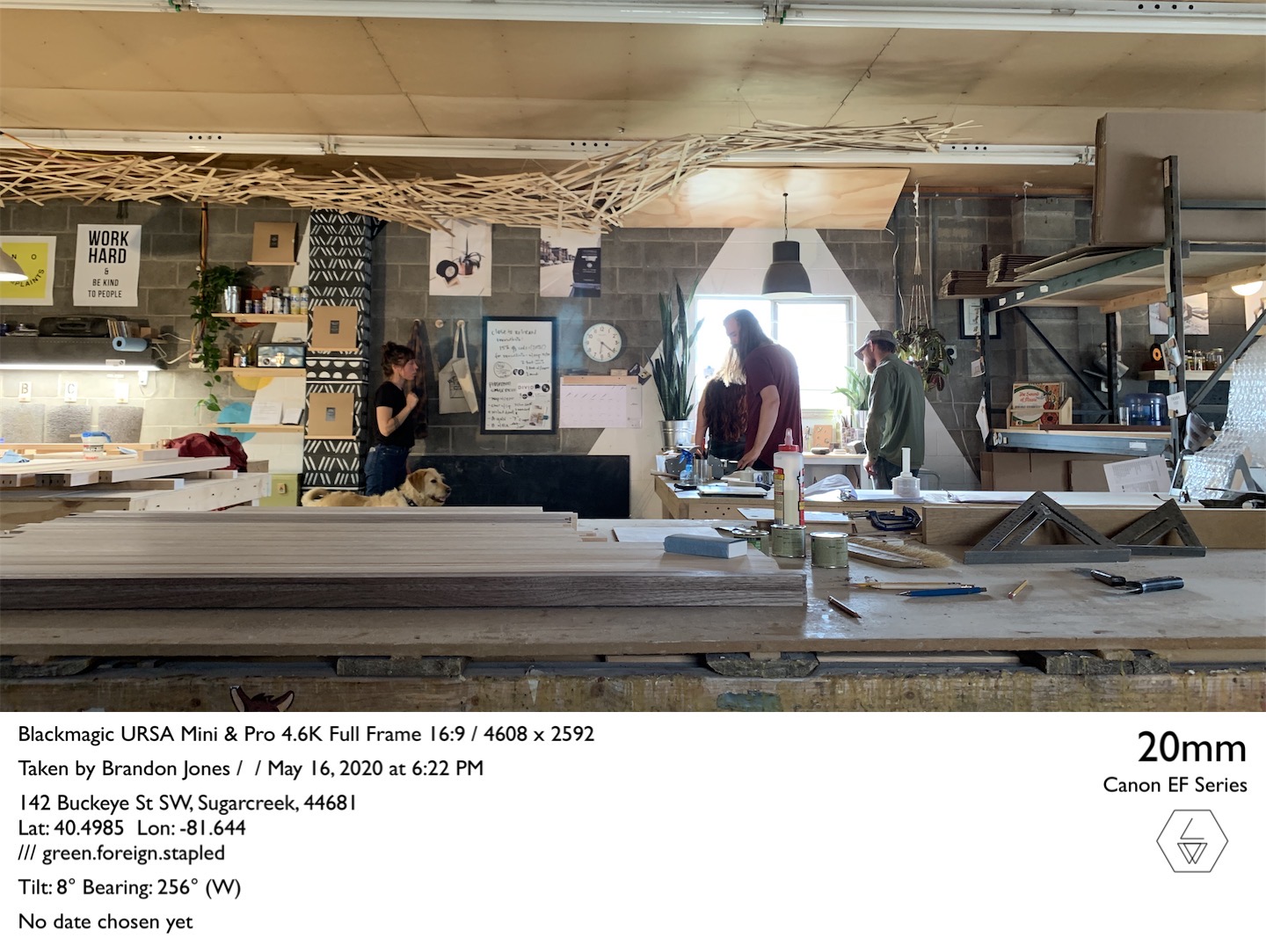 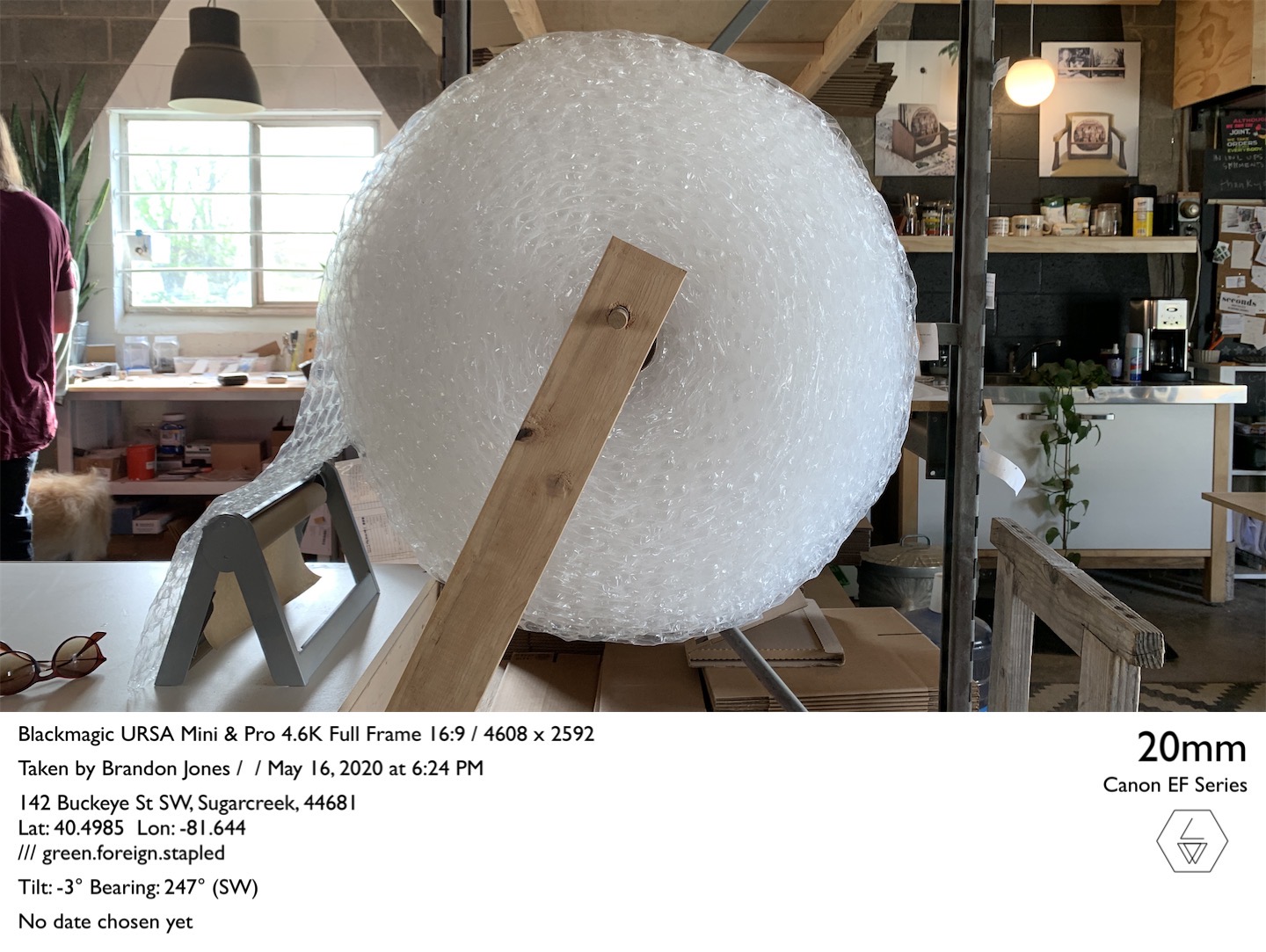 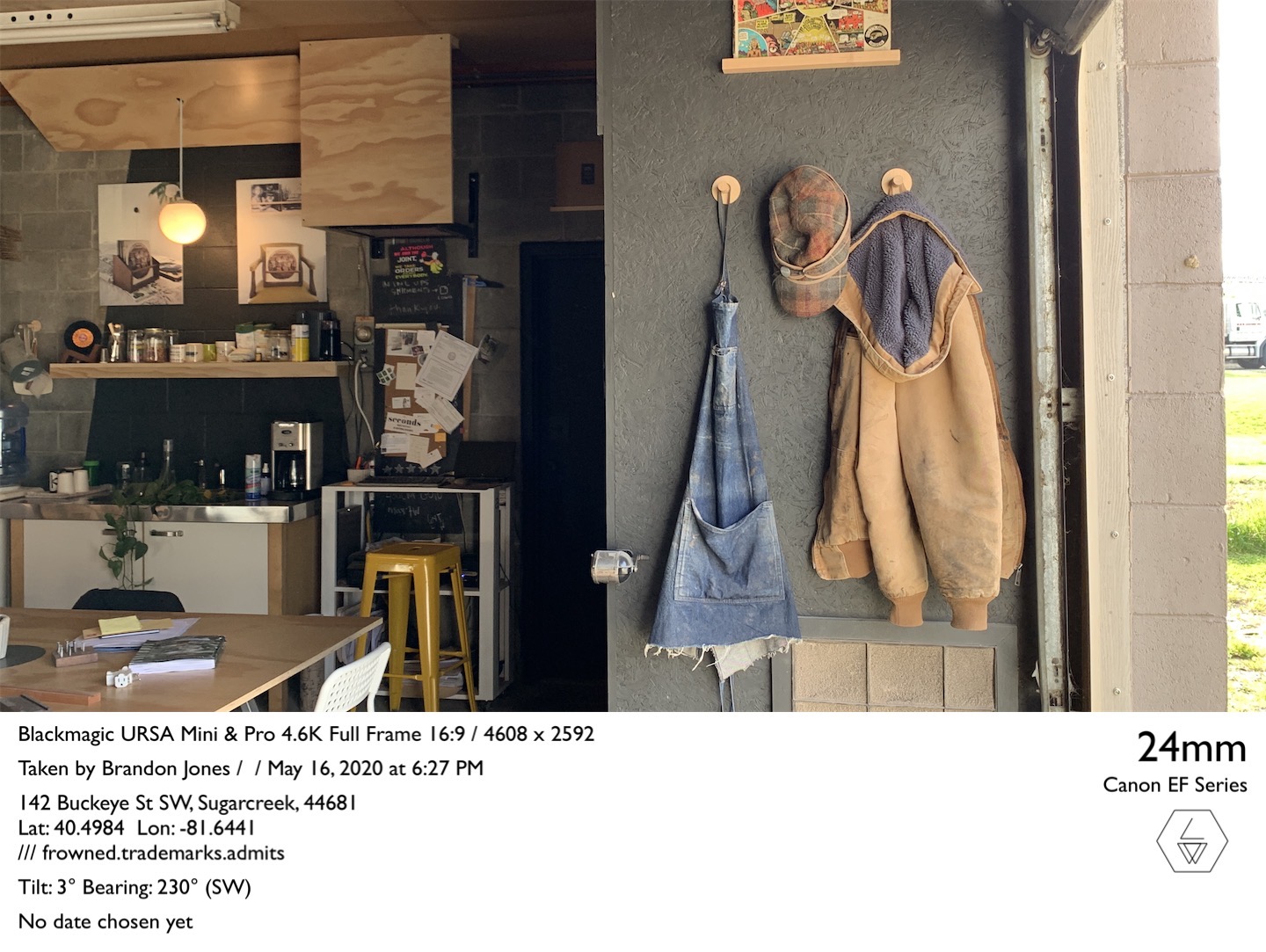 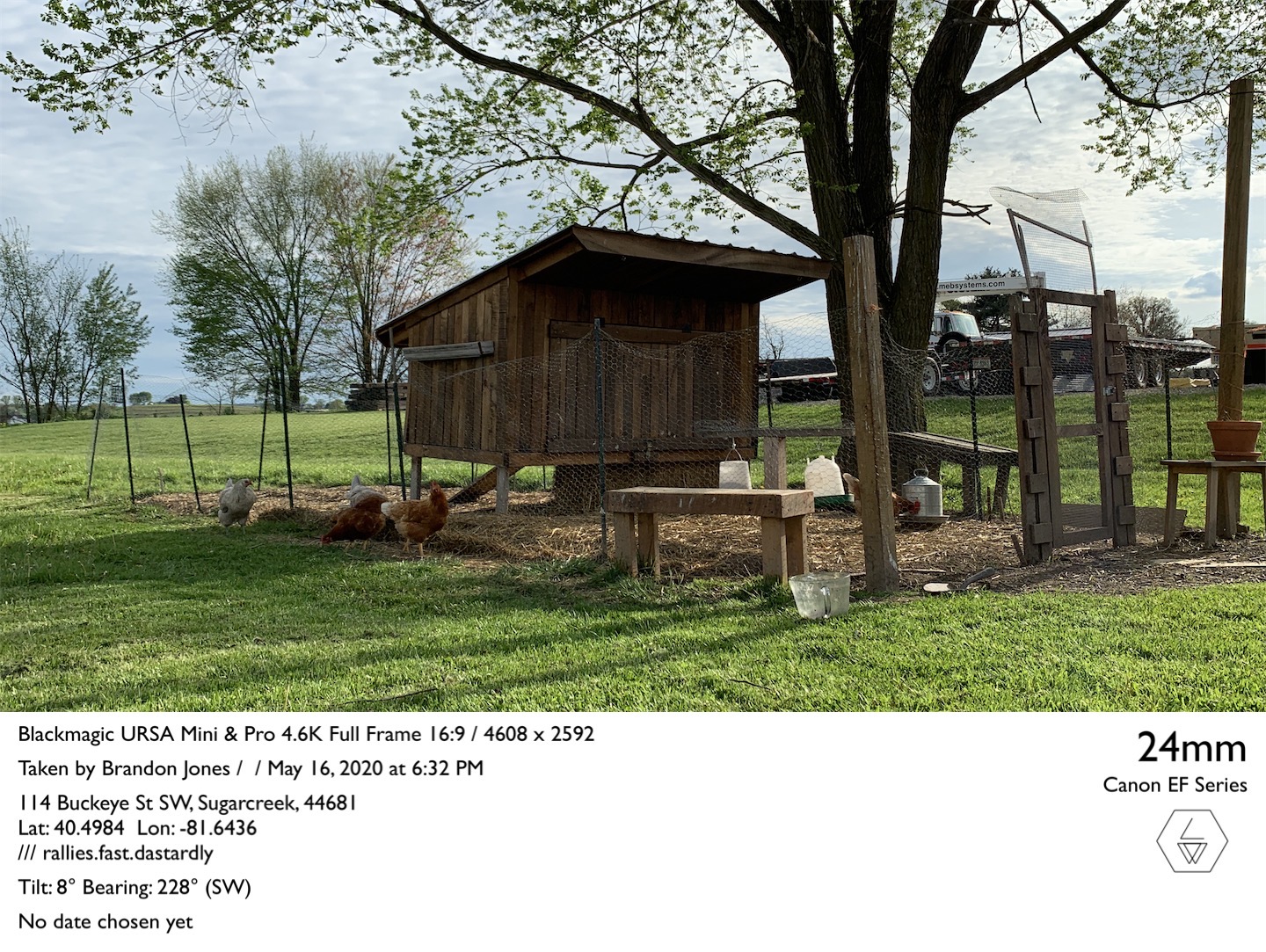 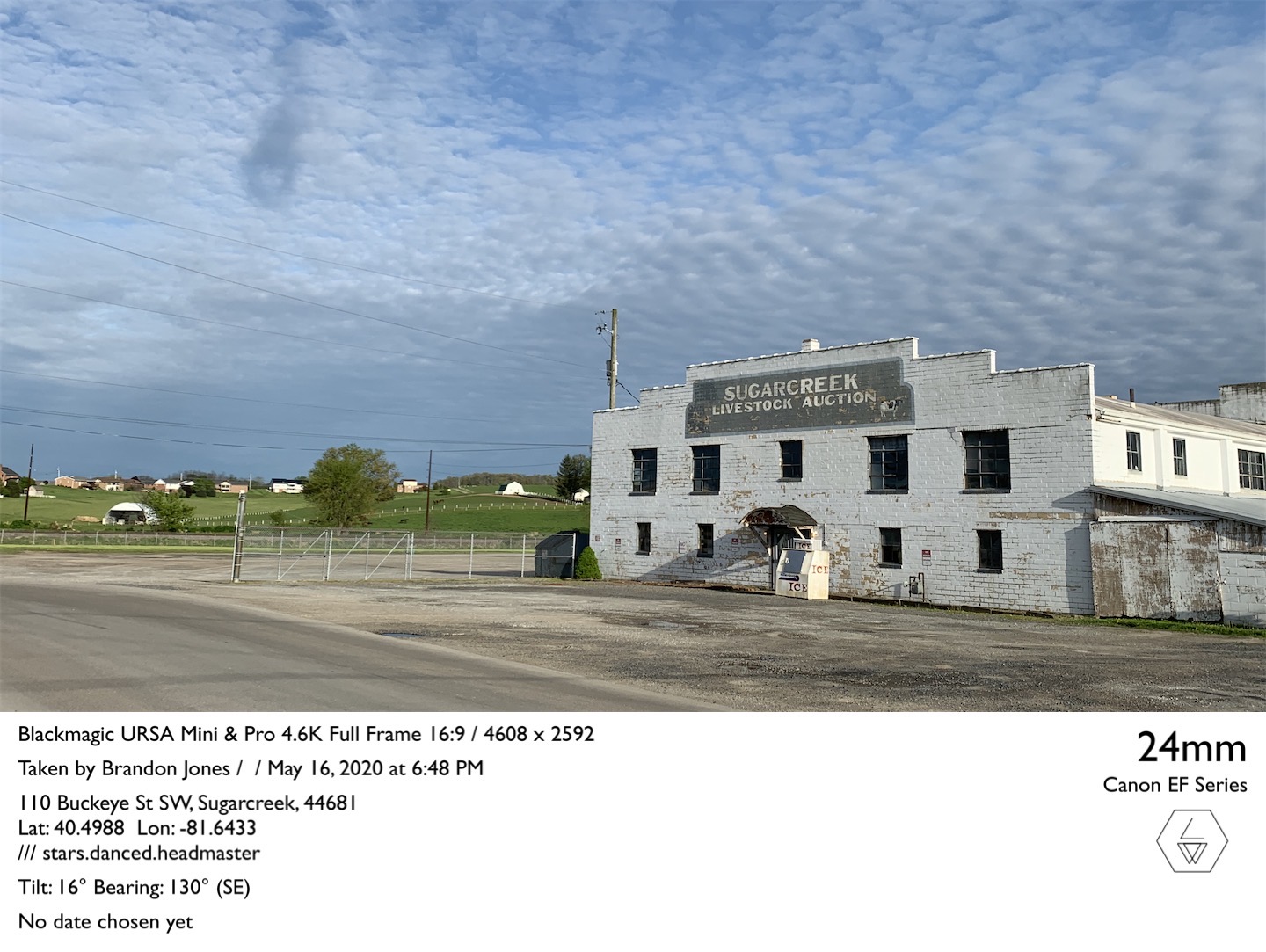 Once again, with Luke and Mikayla of Agape Photography introducing me to the Prathers, our working relationship continued to grow. The skills that I lack in production design, they make up for and compliment tremendously. Thankfully, the aesthetic was basically an extension of their home’s Bohemian interior. It took little effort for them to drop in and take control of the compositions. When it comes to lighting, as a cinematographer, I am forever jealous of the true power that their photography strobes can produce. Photographers have the power of the sun crammed into a mere 500 Watt package. Unreal. 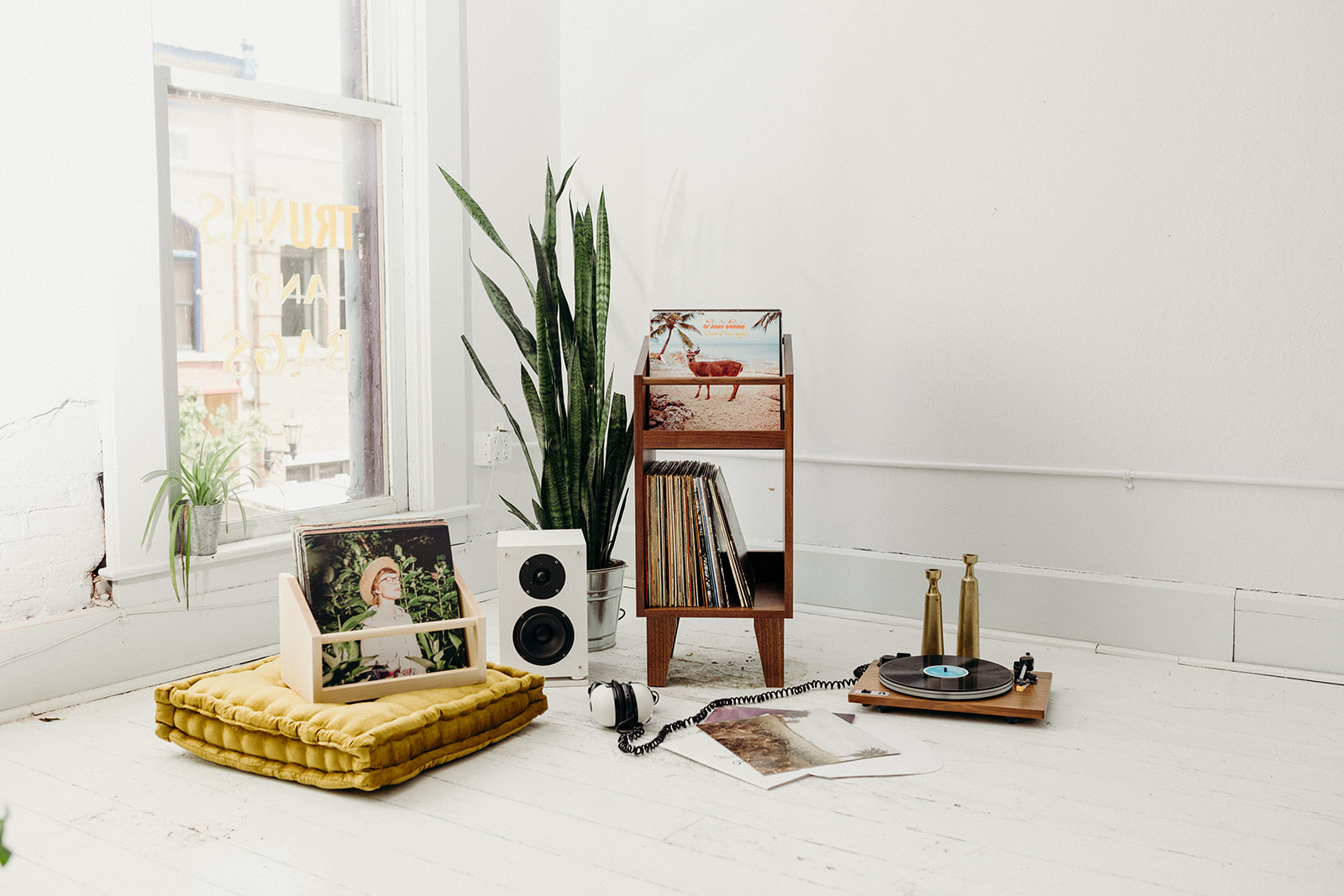 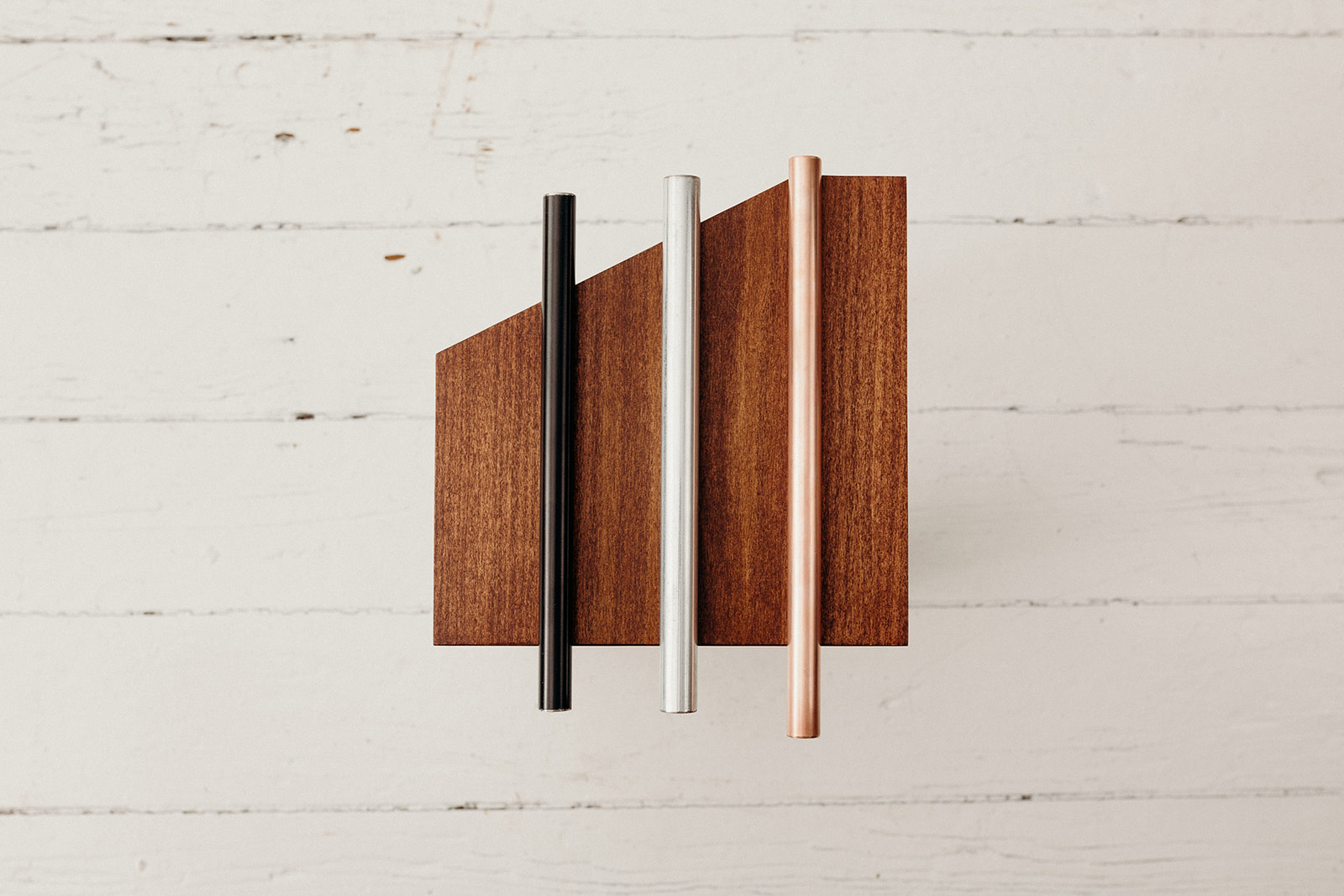 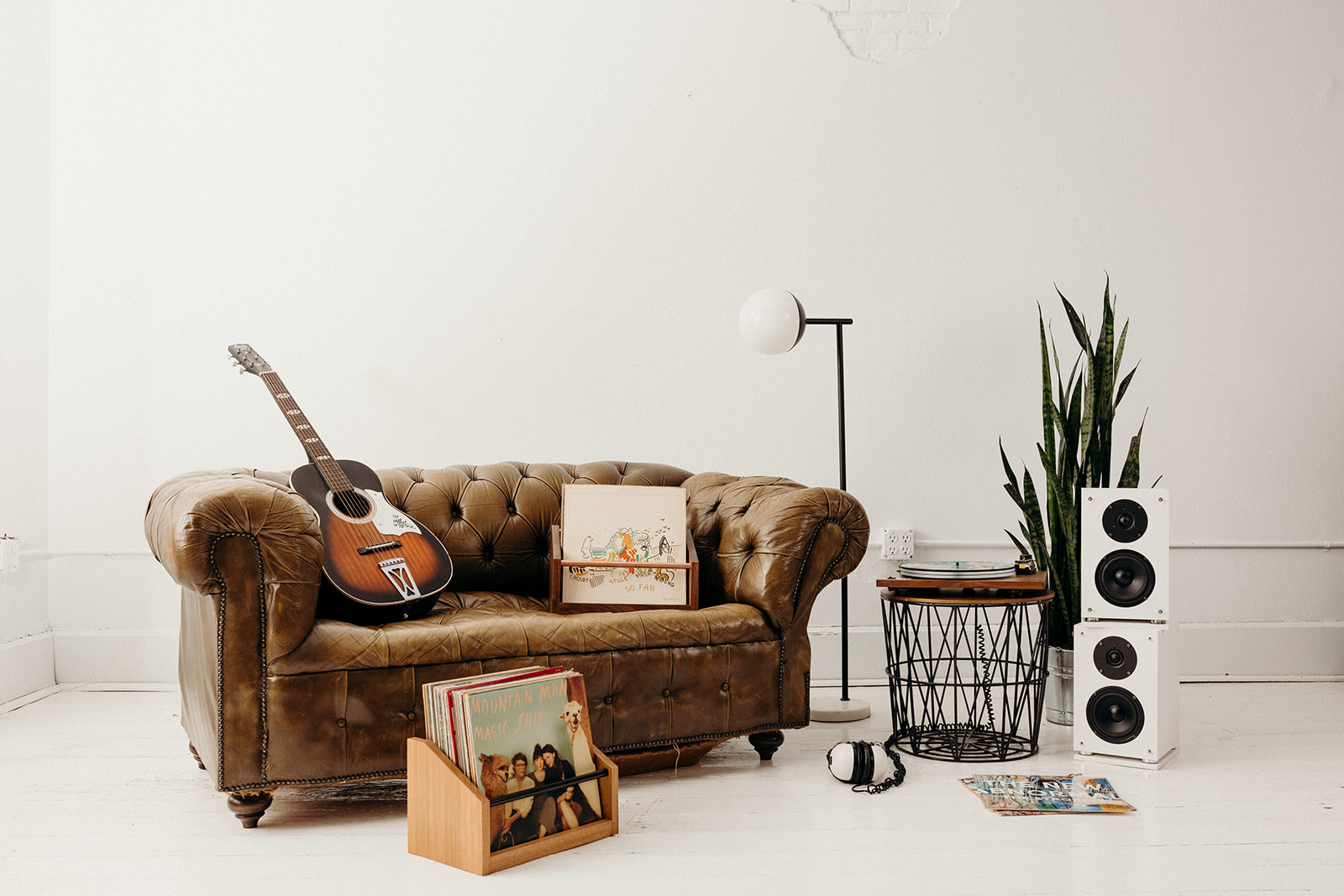 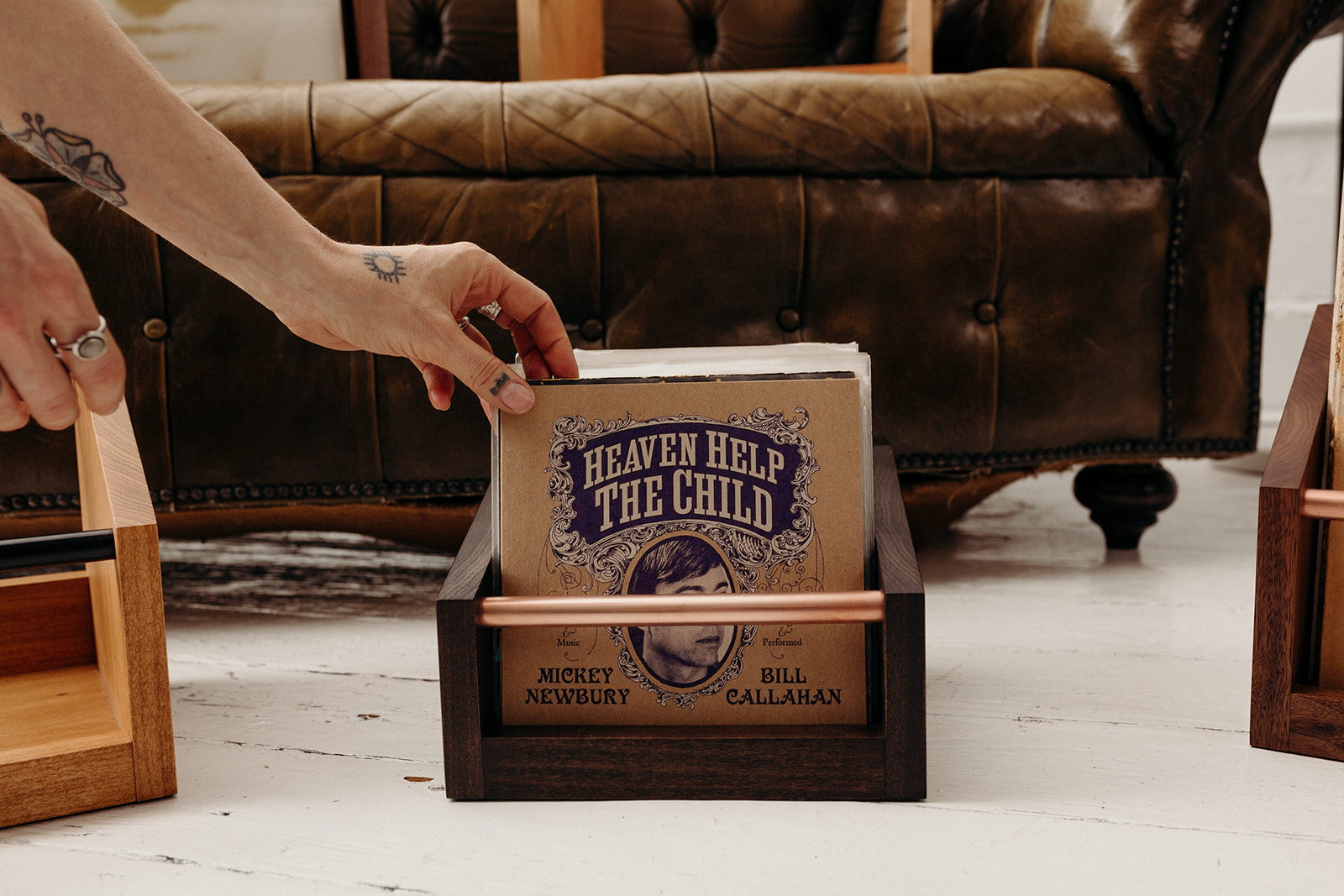 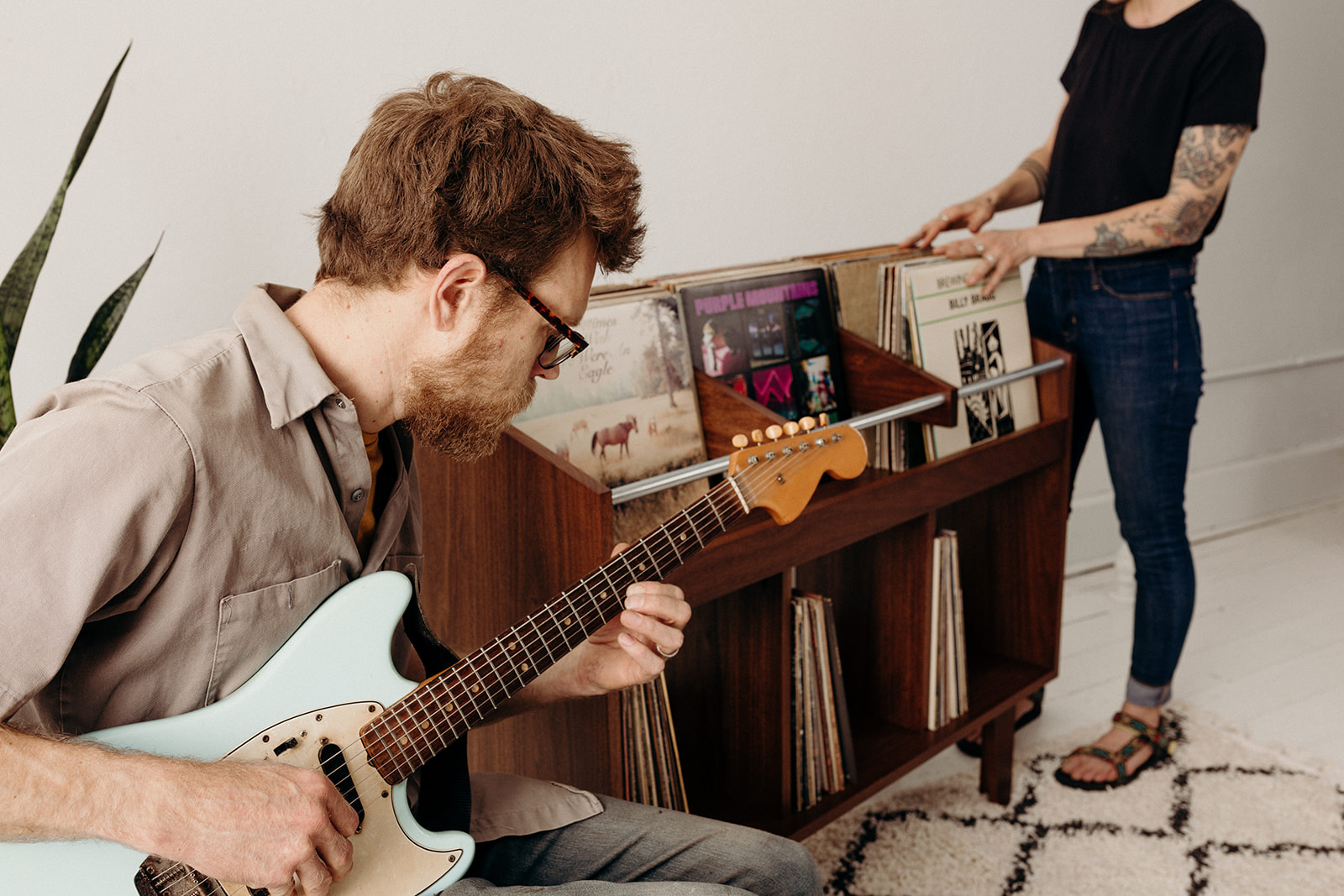 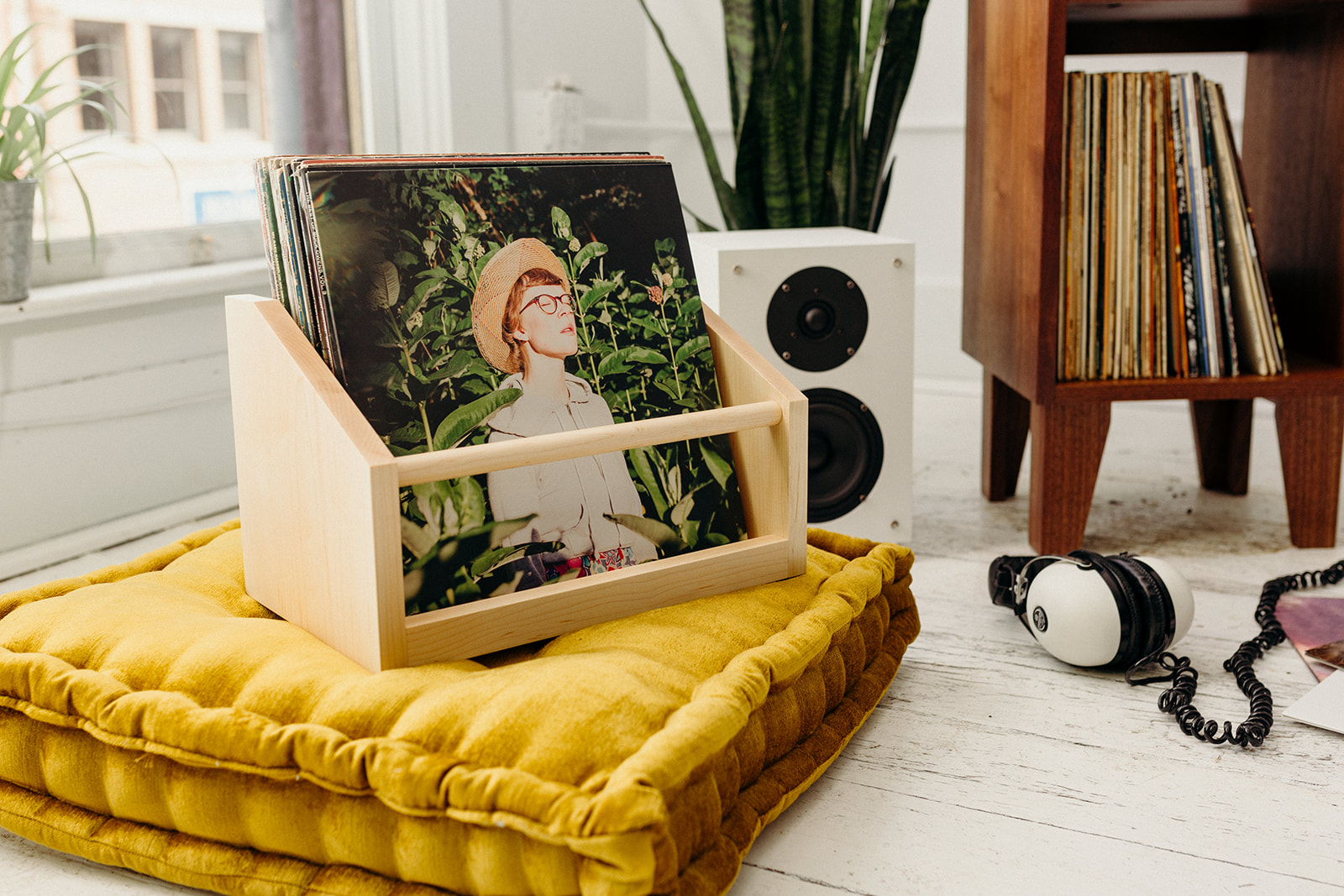 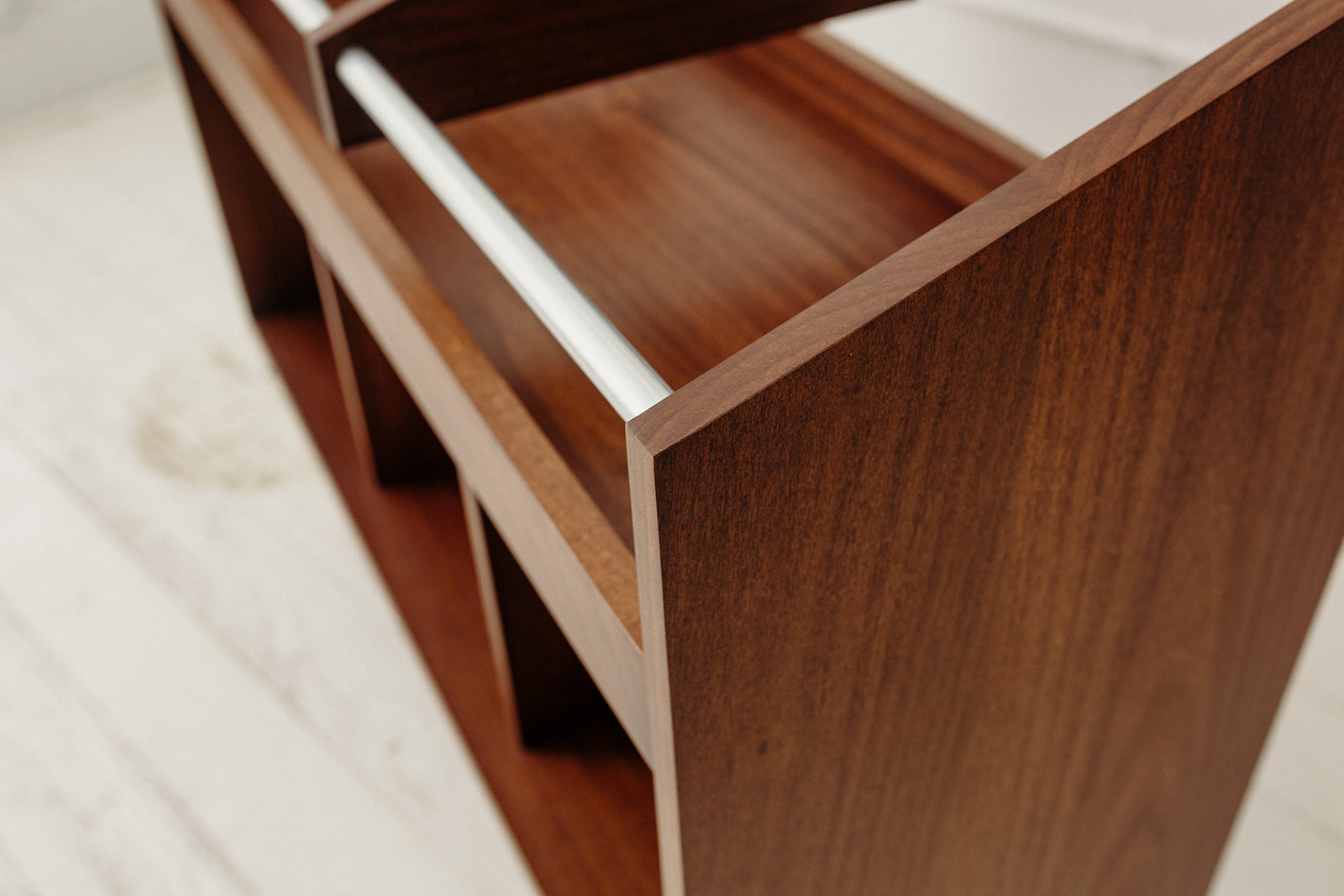 A film edit is (and isn’t) like a jigsaw puzzle. It is in the sense that you are building an entire film based on the footage available. Yet, unlike a jigsaw puzzle, there can sometimes be extra “pieces” that simply don’t fit. Those pieces certainly aren't terrible! Heck, depending on what creative route you take, they might ultimately fit into that puzzle. But in this case, we had several pieces that never found a home in our final edit. If the piece doesn't fit, it may find it's way into another puzzle down the road. Below are some of the pieces that didn't make the cut. A few of these clips naturally found their way into Divider Records's social media page.

These dueling short films, in collaboration with Concept2Motion and Birds That Fly, explore Mother Nature's contrasting elements in the world of extreme off-road sports.

This award-winning comedy sketch explores the physical extent of sibling rivalry in the midst of unhinged adulthood. No tears. Only blood, sweat, and brothers. This film is in collaboration with creative agency, Favorite Brother.